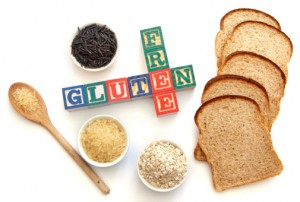 This week’s health news roundup presents recent stories about gluten-free diets, celiac disease, psoriasis, multiple sclerosis, fibromyalgia, and shingles. We discussed the benefits of a gluten-free diet in celiac disease, metabolic syndrome in psoriasis patients, higher risk of multiple sclerosis in children of mothers deficient in vitamin D during pregnancy, the increased risk of pregnancy complications and infertility because of fibromyalgia, and the shingles risk in patients with IBD.

Although mice studies don’t necessarily translate into human results, researchers are optimistic that their findings could offer some insight on benefits to humans. Co-writer Axel Kornerup said, “Early intervention makes a lot of sense because type 1 diabetes develops early in life. We also know from existing experiments that a gluten-free diet has a beneficial effect on type 1 diabetes.”

Another co-writer Karsten Buschard added, “This new study beautifully substantiates our research into a gluten-free diet as an effective weapon against type 1 diabetes.”

The study found that a gluten-free diet changes intestinal bacteria in the mother mouse and her pups. The only side effect observed is the possible difficulty to commit to gluten-free eating. Buschard added, “We have not been able to start a large-scale clinical test to either prove or disprove our hypothesis about the gluten-free diet.”

Camilla Hartmann Friis Hansen concluded, “If we find out how gluten or certain intestinal bacteria modify the immune system and the beta-cell physiology, this knowledge can be used to develop new treatments.” Continue reading… 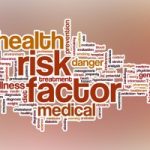 The researchers measured different factors, including waist circumference, weight, height, as well as the lipid and glucose levels in 108 females and 138 males with chronic plaque psoriasis, and then compared the results to 75 healthy participants.

The study uncovered that an increase in psoriasis severity correlated with growing body mass index (BMI). Furthermore, this correlation was more prevalent in men than in women.

The study concluded that doctors should keep in mind the identified biomarkers related to comorbidities in psoriasis and metabolic syndrome when dealing with their patients. For example, a dermatologist monitoring a psoriasis patient should also be on the lookout for metabolic syndrome. Continue reading… 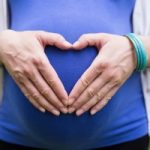 Vitamin D deficiency during pregnancy increases the risk of multiple sclerosis (MS) in children, suggests a new study published in JAMA Neurology.  While research proves that increased levels of vitamin D decrease the risk of MS in adulthood, some studies have been linking the vitamin D exposure in utero with the MS risk later in life.

The study involved 30 male and 163 female MS patients whose mothers were part of the Finnish Maternity Cohort, and matched 176 case patients with 326 control participants for comparison.  The authors found that 70 percent of the blood samples of maternal participants in their first trimester revealed an insufficient amount of vitamin D. 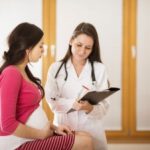 Fibromyalgia may cause pregnancy complications and infertility

Fibromyalgia may cause pregnancy complications and infertility, studies found. A condition characterized by widespread pain, fibromyalgia can make daily tasks difficult to perform. Fibromyalgia is highly associated with stress, which can be worsened when pregnancy is thrown into the mix – not to mention changing hormone levels typical for this period in a woman’s life cycle.

Women with fibromyalgia had higher rates of intrauterine growth restriction, recurrent abortions, gestational diabetes, and polyhydramnios. Rates of cesarean delivery were not significantly different between fibromyalgia patients and women without fibromyalgia.

The biggest concern in pregnant women with fibromyalgia is the physical and emotional toll pregnancy can have on a woman. It’s important that patients with fibromyalgia control their stress levels to prevent the aggravation of their fibromyalgia condition. Patients are advised to plan pregnancy during times where symptoms are less severe. They are also urged to eat a healthy diet and partake in regular moderate exercise. Continue reading… 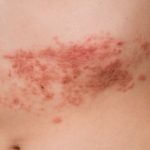 Shingles risk can increase with inflammatory bowel disease (IBD), according to the research. A cohort study of 108,604 patients has found that the risk of contracting herpes zoster risk is greater in IBD patients than non-IBD patients. Those taking antitumor necrosis factor-alpha agents (TNF) were found to be particularly prone to the virus.

Herpes zoster (HZ) infection, also known as shingles, is associated with significant incidence rates and substantial costs. There are close to a million cases in the United States each year.  Infection causes a painful, blistering rash usually isolated to one or adjoining dermatomes (skin areas mainly supplied by a single spinal nerve).

Post-herpetic neuralgia, the pain syndrome that can last from months to years after the initial HZ rash without very effective treatments, is found in approximately 10 to 18 percent of cases. The likelihood of prolonged pain increases in those over the age of 50. Other complications that can arise include bacterial skin infection, ocular complications, motor neuropathy and meningitis. HZ is caused by reactivation of latent varicella zoster virus that causes chicken pox.

IBD involves chronic inflammation of all or part of your digestive tract. It primarily includes ulcerative colitis and Crohn’s disease. Both usually involve severe diarrhea, pain, fatigue, and weight loss. IBD can be debilitating and sometimes leads to life-threatening complications.  Anti-tumor necrosis factor (anti-TNF) drugs are a class of drugs that are used worldwide to treat inflammatory conditions such as rheumatoid arthritis and IBD.

The nested case-control study aiming to determine the independent effects of medication use (immunosuppressive agents, biological anti-TNF therapy, and corticosteroids) on zoster risk was conducted on patients under 64 years old with at least 12 months of continuous health plan enrolment and access to anti-TNF medication.

The cohort included 50 932 patients with Crohn’s disease, 56 403 patients with ulcerative colitis, and 1269 with unspecified IBD. The IBD cohort was found to be at an increased herpes zoster risk, compared with non-IBD patients. Continue reading…