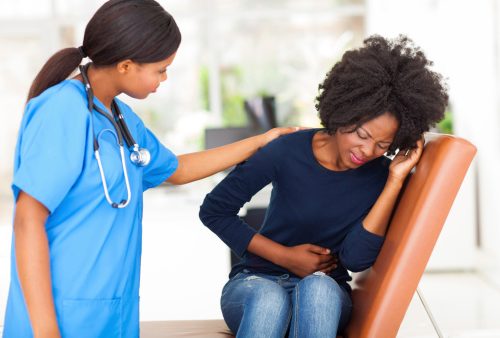 Crohn’s disease is an inflammatory bowel disease (IBD,) which affects the intestines by causing inflammation. This inflammation can trigger abdominal pain, diarrhea, weight loss and malnutrition. Inflammation can occur anywhere in the digestive tract and affects individuals differently.

Gut bacteria and its role in Crohn’s disease

A recent study published in Cell Host and Microbe had researchers analyze the gut microbes of children receiving treatment for Crohn’s disease. What they found was that although diet-based and anti-inflammatory therapies alter gut bacteria, they do not restore a normal balance.

Co-principal investigator Gary Wu, M.D., said, “We show that microbes in the gut respond to treatment of inflammatory bowel disease in a much more complex way than has been previously appreciated. The results of our study provide information that could be used to track or predict disease, as well as new diet-based therapeutic strategies.”

Early Crohn’s disease in children can cause developmental issues, such as stunted growth, delayed puberty and weakened bones. Antibiotics and anti-inflammatories are common treatments for Crohn’s disease. As of yet no special, specific diet has been proven to help alleviate Crohn’s disease symptoms.

The study was conducted on 90 children with Crohn’s disease who were being treated with a formula-based diet and anti-inflammatory therapy. These children were compared to 26 healthy participants. Fecal samples were analyzed with shotgun metagenomics sequencing. The researchers found that the diet and the medication had different effects on gut bacteria.

Neither treatment fully restored the gut bacteria to its normal balance. The use of antibiotics as associated with highly disturbed communities and an increase in fungi in the gut. The diet-based treatment reduced inflammation and decreased fungi but altered the gut bacteria even further away from being normal.

First author, James Lewis, M.D., added, “These data are a step to trying to identify ways to manipulate the gut microbiome to provide favorable outcomes to patients with Crohn’s disease. We observed that upon initiation of a therapeutic formula-based diet, the gut microbiota look even less similar to that of a healthy child, suggesting that one does not have to necessarily give back the healthy microbiota to have a therapeutic effect. It is possible that the effect of the formula diet is through mechanisms other than altering the microbial community.”

Researchers will continue to study formula-based diets as a means to aid in Crohn’s. Lewis concluded, “We hope to use this information to develop diets that are less restrictive but equally effective, or medications that mimic the mechanisms of the formula-based diets. We also hope to study other diets that are popular among patients with Crohn’s disease in the coming years.”

The exact cause of Crohn’s disease is still unknown. As an autoimmune disease the immune system plays an evident role in its cause, but the specifics are still unclear. Another possible theorized cause is that the condition is heredity; researchers have found that those with close family members who had the disease are more inclined to develop it.

Signs and symptoms of Crohn’s disease

Signs associated with inflammation in the gastrointestinal tract include:

Symptoms associated with a general inflammatory bowel disease are:

Other symptoms of Crohn’s disease that may occur are:

Although there is no cure for Crohn’s disease, there are lifestyle and home remedies you can try to experience relief from symptoms and better manage the disease.

Have IBS? Use this roadmap for travel success

Traveling can be a lot of fun; it allows us to meet new and interesting people, experience different cultures, and in some cases enjoy delicious new cuisines. However, if you have Irritable Bowel Syndrome (IBS) traveling can be challenging. Many people with intestinal disorders avoid trains, planes, buses, and car travel out of fear they will have an awful experience. Continue reading…

Irritable Bowel Syndrome, or IBS, is a digestive and intestinal disorder effecting the bowels and/or large intestines. Symptoms vary widely in patients with Irritable Bowel Syndrome; however some of the most common symptoms include abdominal pain and discomfort, bloating, gas, constipation, diarrhea and nausea. Continue reading…