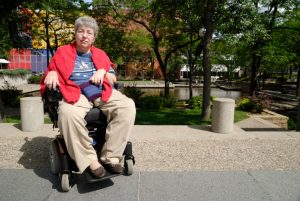 Although autoimmune diseases can affect anywhere in the body we’ll be focusing on an autoimmune disease which attacks the nerves. It’s called multiple sclerosis (MS) and those living in North America and Europe are at highest risk for developing it.


What is multiple sclerosis?

Multiple sclerosis is an autoimmune disease that attacks the nerves which send signals to the brain. The disease specifically attacks the myelin’s health – a fatty material that protects the nerve. When this occurs the nerves become damaged and unfortunately this damage is irreversible.

Essentially because multiple sclerosis affects the nervous system all major functions then become affected. Functions like movement and vision may begin to deteriorate as the disease progresses.

There is currently no cure for multiple sclerosis but treatment may help those affected manage symptoms and slow the illness down. 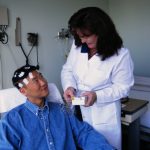 There are four types of multiple sclerosis. They are: Relapsing-remitting MS (RRMS), secondary-progressive MS (SPMS), primary-progressive MS (PPMS) and progressive-relapse MS (PRMS).RRMS: This is a common form of MS. Neurological function declines as attacks of the disease occur. Attacks, or relapses, are followed by a remission period where symptoms subside for a period of time.

SPMS: This type of multiple sclerosis often follows RRMS. In this type the disease will begin progressing without periods of remission.

PPMS: Worsening of neurological function is quite steady in this type of multiple sclerosis. Relapses and remissions are not distinct and rate of progression varies.

PRMS: This is a rare type of multiple sclerosis. Progression of the disease is steady and there are no periods of remission.

Because multiple sclerosis is an autoimmune disease it doesn’t have an exact cause. Unlike a cold or flu, you cannot pick up a virus or bacteria which lead to multiple sclerosis. Therefore it’s important to know the warning signs of MS to recognize if you have it or not. 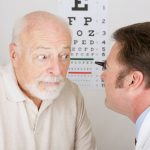 In the early stages of multiple sclerosis, symptoms may appear which include:

As multiple sclerosis progresses additional symptoms begin to appear like:

Who is at risk for multiple sclerosis?

Although anyone can develop multiple sclerosis there are certain risk factors which may render a person more likely to develop multiple sclerosis. For example women are more commonly affected by MS than men are. Additionally, and as mentioned, people living in North America and Europe are more likely to develop MS than those living in Asia, South America or Africa.

Typically individuals between the ages of 20 and 50 years have a higher risk of developing MS. Symptoms may not appear until the ages of 30 and 35. Those over the age of 50 generally experience the progressive type of multiple sclerosis.

If someone already has an autoimmune disease, like type 1 diabetes, or has an infection caused by Epstein-barr virus their risk of developing multiple sclerosis increases. 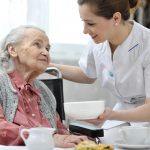 Although as multiple sclerosis progresses it can be quite a debilitating disease, living with MS is possible.

Support groups and therapy can be utilized to keep up your spirits and also to talk about the feelings you may be experiencing. Listening to others may also be beneficial to your own healing and self-managing of the disease.

Lastly, taking control of aspects in your life which you can control may also assist in living with MS. This means adapting your home to the physical challenges you may be facing. Additionally, becoming informed about the illness along with progressions in treatment will keep you up to date with advancements.

Even though a cure for MS is not yet available, researchers are continuing to study it in an effort to help us become closer to a possible cure. As we become more aware of this disease, advancements are being made offering hope for those suffering from multiple sclerosis.

For years little was known about Parkinson’s disease. Without a cause a cure could not be found. But after extensive research we’re closer to a potential cure as scientists have now discovered a cause for Parkinson’s disease. But before we get into this new breakthrough, let’s discuss further about this debilitating disease. Continue reading…

Numbness or tingling in your legs or feet? Are you more sensitive to touch these days? If you’re diabetic, these are symptoms of diabetic neuropathy. The condition is a type of nerve damage caused by high blood sugar. It can injure nerves throughout the body, but it’s most common in your extremities, so hands and feet, for example, can become numb, tingling, extra-sensitive or quite the opposite, where you lose sensation. Continue reading…