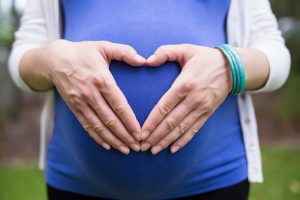 Vitamin D deficiency during pregnancy increases the risk of multiple sclerosis (MS) in children, suggests a new study published in JAMA Neurology.  While research proves that increased levels of vitamin D decrease the risk of MS in adulthood, some studies have been linking the vitamin D exposure in utero with the MS risk later in life.

The study involved 30 male and 163 female MS patients whose mothers were part of the Finnish Maternity Cohort, and matched 176 case patients with 326 control participants for comparison.  The authors found that 70 percent of the blood samples of maternal participants in their first trimester revealed an insufficient amount of vitamin D.

Worth mentioning is that two prior studies did not find any correlation between MS and insufficient levels of vitamin D in pregnancy. Also, the current findings do not suggest that maternal levels of vitamin D are a direct measure how much of the vitamin the fetus is actually exposed to.

Further research is required to determine whether increased exposure to the vitamin in pregnant mothers is a sufficient measure for lowering the risk, and whether there will be a dose-response effect. However, the studies do suggest a correlation between low levels of vitamin D during pregnancy and increased risk of MS in the child.


How can MS affect pregnancy?

Studies show that female MS patients who become pregnant do not develop any increased disabilities, compared to those who do not become pregnant.  There is only a 10 percent chance to experience a relapse during the nine months of pregnancy.  One study even suggests women who get pregnant while having multiple sclerosis have less chances of disease progression than those that do not.  Pregnancy brings the body into an immuno-suppressive state, mimicking medications that fulfill this purpose.  Often during the third trimester, pregnant women with MS report feeling exceptionally well, with the risk of relapse low at all times.

It is also reported that pregnant women with multiple sclerosis do not experience pregnancy complications any differently than women that do not have the disease.  MS diagnosis does not affect labor and delivery in any way.  An epidural is usually safe and quite common, as is general anesthesia.  Should muscle weakness or fatigue occur after several hours of pushing, the delivery may be assisted with forceps, a suction cup on the baby’s head, or a C-section. 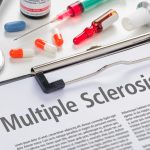 First, talk to your doctor.  Let her know you want to have a baby. If your MS is under control, you’ll probably get a green light.

Some MS drugs, like glatiramer acetate (Copaxone), teriflunomide (Aubagio), and interferons, are NOT safe during pregnancy. You’ll need to stop taking them at least one month before you start trying.

The increase of urinary tract infections (UTIs) during pregnancy is likely for women with MS.  Drink lots of water and consult with your doctor if burning increases or if urine becomes cloudy or has a foul odour.

Constipation is also noted during pregnancy for women with MS.  A stool softener can alleviate any trouble here. Pregannt women with MS also experience fatigue, which may worsen or increase during this time.  This is often referred to as pregnancy fatigue.  There is no established treatment that alters the course of MS.  However, medications can be used in pregnancy, including steroids and anti-inflammatory drugs.

Following pregnancy, it is important to be aware of flare-ups up to nine months after bringing your baby home.  Up to 40 percent of women will have a relapse, but this will not increase your chance of long-term disability. Keep in mind that you won’t be able to breastfeed your baby if you are going back on your meds. However, do not feel guilty about this.  Your new addition needs a healthy mom.  Pay attention to your mood, as women with multiple sclerosis have a higher risk of depression during pregnancy as well as right after giving birth.  Visit your doctor for a pre- and post-natal screening, and get the help you need to deal with your depression if this is the case.

Many women with MS who want to have children wonder if their child will develop the disease.  Research shows that there are some genetic links to developing the disease. Still, the children have a 96 percent chance of not having it.