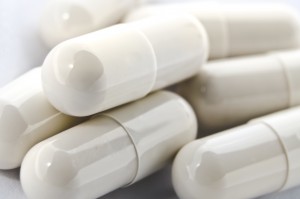 The week’s health news roundup presents stories regarding celiac disease, multiple sclerosis, rheumatoid arthritis, aspartame, and Lyme disease. This week, we explored how celiac patients may be taking probiotics containing gluten, how vision damage due to multiple sclerosis may be reversed with over-the-counter cold medications, how rheumatoid arthritis may be triggered by estrogen and progesterone, how aspartame and sucralose are similar and different, and how a lasting immunity to Lyme disease can be developed.

In case you missed these hot topics, we have put them together in our weekly health news roundup for you to explore.

Celiac disease patients have been found to be taking popular probiotics with traces of gluten, according to research. Researchers at the Celiac Disease Center at Columbia University Medical Center (CUMC) found that over half of probiotics are contaminated with traces of gluten. Probiotics are taken by many celiac patients to promote healthy gut flora even though clinical evidence of their benefits is limited. First author Dr. Samantha Nazareth said, “Many patients with celiac disease take dietary supplements, and probiotics are particularly popular. We have previously reported that celiac patients who use dietary supplements have more symptoms than non-users, so we decided to test the probiotics for gluten contamination.”

Celiac disease sufferers cannot consume gluten as it causes a negative reaction with symptoms like diarrhea and abdominal pain. Over time, it can cause damage to the intestines. A thorough analysis of 22 popular probiotics has shown that most of the products that tested positive for gluten contained less than 20 parts per million of gluten, which the FDA considers gluten-free. Still, four probiotics contained higher levels of gluten.

Over half of the 22 products contained traces of gluten even though they were labeled as gluten-free. Dr. Peter Green, professor of medicine and director of the Celiac Disease Center, added, “We have been following reports in the scientific literature and news media on inaccurate labeling of nutritional supplements, and it appears that labels claiming a product is gluten-free are not to be trusted, at least when it comes to probiotics. This is a potential hazard for our patients, and we are concerned.”

Coauthor Dr. Benjamin Lebwohl said, “We know that most patients with celiac disease only develop intestinal damage when consuming more than 10 milligrams of gluten daily, and it is unlikely that contaminated probiotics can lead to that amount unless patients are ingesting mega-doses. Why is there any gluten in these products? Why should the consumer pay any attention to gluten-free labeling on such products? And given the great consumer interest in probiotics, will regulatory bodies take action to protect the public?”

The findings raise awareness of potential dangers these products may pose for celiac patients, and additional research is required to measure these adverse effects. Continue reading… 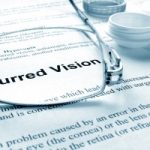 Multiple sclerosis vision damage (optic neuropathy) can be reversed by a common over-the-counter cold drug, according to research. The drug, clemastine fumarate, which helps alleviate allergy and cold symptoms, has been found to temporarily reverse vision damage commonly seen in multiple sclerosis.

The study involved multiple sclerosis (MS) patients with vision damage. Optic nerve damage is common in multiple sclerosis as the disease damages the protective coating around the nerves, exposing them and thus causing damage.
Study author Ari Green said, “This study is exciting because it is the first to demonstrate possible repair of that protective coating in people with chronic demyelination from MS. This was done using a drug that was identified at UCSF [University of California, San Francisco] only two-and-a-half years ago as an agent with the potential to help with brain repair.”

The study took five months and involved 50 patients. The participants took vision tests as the beginning of the study and again at the end. During the first three months participants were given clemastine fumarate or a placebo. For the last two months, those who received the drug were switched to a placebo and those on the placebo received the drug.
Green added, “While the improvement in vision appears modest, this study is promising because it is the first time a drug has been shown to possibly reverse the damage done by MS. Findings are preliminary, but this study provides a framework for future MS repair studies and will hopefully herald discoveries that will enhance the brain’s innate capacity for repair.”

The participants did report modest fatigue, but no other side effects were reported.

Due to the small study size, larger studies must be conducted to test the drug’s effectiveness on a larger scale. Continue reading… 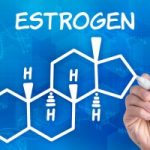 Rheumatoid arthritis is triggered by estrogen and progesterone hormone imbalance in women. In the study published in Nature Review, the researchers point out that sexual dimorphism has been a factor in rheumatoid arthritis for many years and can manifest itself differently in men and women. Researchers Grant Hughes and Divaker Choubey explained the differences are “likely to involve the immunomodulatory actions of sex steroids, nonhormonal factors encoded by genes on the X6 and Y4 chromosomes, and poorly understood immunological phenomena unique to pregnancy.”

Rheumatoid arthritis symptoms often diminish when women are pregnant, which is also the same time when estrogen and progesterone peak. The mechanisms pertaining to how these hormones play a role in rheumatoid arthritis have long been unknown. The researchers looked at the roles of these hormones in other autoimmune conditions like lupus and concluded that female sex hormones are “dominant risk modulators in women with SLE but not in women with RA.” Dr. Natalie E. Azar, a clinical assistant professor of rheumatology at the NYU Langone Medical Center, commented, “The role of sexual dimorphism in the risk of developing autoimmune diseases is mostly seen for lupus, not rheumatoid arthritis. Specifically, we are talking about post-pubertal levels of estrogen and progesterone. The mechanism of action of this risk in lupus is thought to be related to estrogen increasing type one interferon production as well as auto reactive B cells, which are creating pathogenic auto antibodies.”

The findings from the study suggest that estrogen and progesterone at high levels play an important role of suppressing rheumatoid arthritis during pregnancy.

Women experience rheumatoid arthritis three times more often than men, and it often occurs after menopause – a time when hormones typically fall. On the other hand, studies have shown that hormone replacement and oral contraceptives are associated with a greater risk of rheumatoid arthritis.

Board-certified rheumatologist Dr. Nathan Wei explained, “Both pregnancy as well as breastfeeding appear to reduce the severity [of RA]. Patients with RA who become pregnant often go into spontaneous remission.”

During pregnancy, anti-inflammatory molecules may also play a role alongside hormone changes to further rheumatoid arthritis symptoms during this period. Unfortunately, estrogen therapy to postmenopausal women has not shown to be successful in reducing rheumatoid arthritis symptoms. In animal models, high dosages of estrogen have been shown to have therapeutic results, but in women this has been linked to an increased risk of breast cancer, along with other complications.

Dr. Azur concluded, “Novel therapeutic targets may very well be designed incorporating what is known about the balance between inflammation, immunity, and autoimmunity and sex-steroid related autoimmunity.” Continue reading… 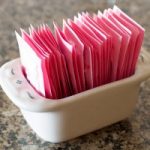 Aspartame vs. sucralose: Which is better?

Aspartame and sucralose are two types of sweeteners that have minimal calories and are way sweeter than regular sugar, meaning you can use much less of it to achieve the desired sweetness. Aspartame and sucralose gained popularity because you can have less of one or the other all the while cutting out sugar from your diet, as numerous studies have shown the detrimental effects of sugar on overall health.

Aspartame was first approved by the FDA in 1981 to be used as a tabletop sweetener, as well as in chewing gum, cold breakfast cereals, and dry bases for certain foods like beverages, instant coffees, gelatins, etc. In 1983, aspartame was approved to be used in carbonated beverages, and in 1996, it was approved as a general purpose sweetener. When heated, aspartame looses its sweetness, so it is not ideal for baking.

There are over 100 studies for aspartame, its use, and its safety. The FDA concluded that aspartame is safe for the general public, but individuals with hereditary diseases like phenylketonuria (PKU) cannot take aspartame, and product labels should list aspartame as an ingredient.

Sucralose was approved as a general sweetener for 15 food categories in 1998. Sucralose is found in a variety of foods and beverages, and unlike aspartame, it is stable in heat. Sucralose has been extensively studied, and the FDA has deemed it safe for the general public. The FDA stated, “In determining the safety of sucralose, the FDA reviewed data from more than 110 studies in humans and animals. Many of the studies were designed to identify possible toxic effects, including carcinogenic, reproductive, and neurological effects. No such effects were found, and FDA’s approval is based on the finding that sucralose is safe for human consumption.” Continue reading… 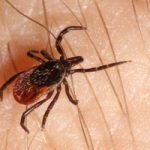 Lyme disease can prevent the immune system from developing lasting immunity, according to research. The findings come from the researchers at the University of California who found that Lyme disease can trick the animal’s immune system, which fails to send an immune response or develop lasting immunity to the disease as a result. The findings may help explain why some human patients are susceptible to recurrent infections from the same strain of bacteria. It also suggests why blood tests may not be effective at uncovering Lyme disease if the patient has already been exposed.

The findings come from mouse-based models. Nicole Baumgarth explained, “We demonstrated that an animal infected with Borrelia burgdorferi, the corkscrew-shaped bacteria that cause Lyme disease, launches only a short-lived immune response, and that protective immunity against repeat infections quickly wanes. This study also suggests a possible mechanism responsible for the disappearance of antibodies following infection and subsequent treatment with antibiotics.”

At first, the bacteria trigger a strong immune response, but then it causes structural abnormalities in “germinal centers” – sites in lymph nodes and other lymph tissues that participate in the long-term immune response.
Months after the infection, these germinal centers fail to produce specific cells that are crucial for developing a lasting immunity. As a result, the animal’s immune system cannot create a memory of the invading bacteria and launch a protective immune response against future infections.

The researchers found that after Borrelia burgdorferi infection, this process even prevented the induction of strong immune responses to influenza. Continue reading…