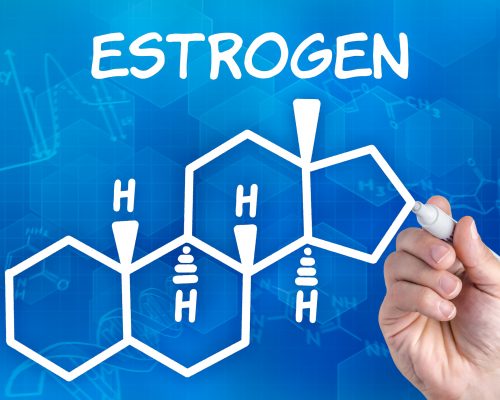 Rheumatoid arthritis is triggered by estrogen and progesterone hormone imbalance in women. In the study published in Nature Review, the researchers point out that sexual dimorphism has been a factor in rheumatoid arthritis for many years and can manifest itself differently in men and women. Researchers Grant Hughes and Divaker Choubey explained the differences are “likely to involve the immunomodulatory actions of sex steroids, nonhormonal factors encoded by genes on the X6 and Y4 chromosomes, and poorly understood immunological phenomena unique to pregnancy.”

Rheumatoid arthritis symptoms often diminish when women are pregnant, which is also the same time when estrogen and progesterone peak. The mechanisms pertaining to how these hormones play a role in rheumatoid arthritis have long been unknown. The researchers looked at the roles of these hormones in other autoimmune conditions like lupus and concluded that female sex hormones are “dominant risk modulators in women with SLE but not in women with RA.” Dr. Natalie E. Azar, a clinical assistant professor of rheumatology at the NYU Langone Medical Center, commented, “The role of sexual dimorphism in the risk of developing autoimmune diseases is mostly seen for lupus, not rheumatoid arthritis. Specifically, we are talking about post-pubertal levels of estrogen and progesterone. The mechanism of action of this risk in lupus is thought to be related to estrogen increasing type one interferon production as well as auto reactive B cells, which are creating pathogenic auto antibodies.”

The findings from the study suggest that estrogen and progesterone at high levels play an important role of suppressing rheumatoid arthritis during pregnancy.

Women experience rheumatoid arthritis three times more often than men, and it often occurs after menopause – a time when hormones typically fall. On the other hand, studies have shown that hormone replacement and oral contraceptives are associated with a greater risk of rheumatoid arthritis.

Board-certified rheumatologist Dr. Nathan Wei explained, “Both pregnancy as well as breastfeeding appear to reduce the severity [of RA]. Patients with RA who become pregnant often go into spontaneous remission.”

During pregnancy, anti-inflammatory molecules may also play a role alongside hormone changes to further rheumatoid arthritis symptoms during this period. Unfortunately, estrogen therapy to postmenopausal women has not shown to be successful in reducing rheumatoid arthritis symptoms. In animal models, high dosages of estrogen have been shown to have therapeutic results, but in women this has been linked to an increased risk of breast cancer, along with other complications.

Dr. Azur concluded, “Novel therapeutic targets may very well be designed incorporating what is known about the balance between inflammation, immunity, and autoimmunity and sex-steroid related autoimmunity.”

The effects that hormone replacement therapy may have on rheumatoid arthritis are still not well understood, and although some researchers believe it could be beneficial, there are many noted side effects and complications.

Understanding these side effects prior to starting on hormone replacement therapy is crucial for making an informed decision on whether it is right for you.