Home » Weight Management » Aspartame vs. sucralose: Which is better? 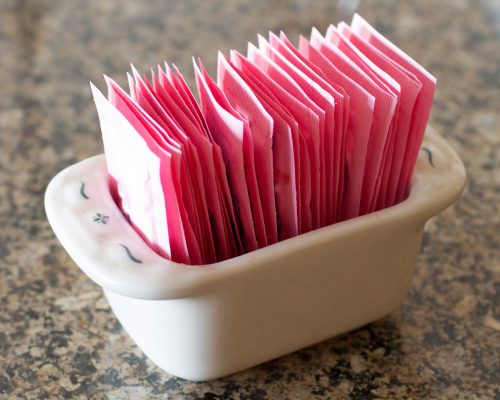 Aspartame and sucralose are two types of sweeteners that have minimal calories and are way sweeter than regular sugar, meaning you can use much less of it to achieve the desired sweetness. Aspartame and sucralose gained popularity because you can have less of one or the other all the while cutting out sugar from your diet, as numerous studies have shown the detrimental effects of sugar on overall health.

Aspartame was first approved by the FDA in 1981 to be used as a tabletop sweetener, as well as in chewing gum, cold breakfast cereals, and dry bases for certain foods like beverages, instant coffees, gelatins, etc. In 1983, aspartame was approved to be used in carbonated beverages, and in 1996, it was approved as a general purpose sweetener. When heated, aspartame looses its sweetness, so it is not ideal for baking.

There are over 100 studies for aspartame, its use, and its safety. The FDA concluded that aspartame is safe for the general public, but individuals with hereditary diseases like phenylketonuria (PKU) cannot take aspartame, and product labels should list aspartame as an ingredient.

Sucralose was approved as a general sweetener for 15 food categories in 1998. Sucralose is found in a variety of foods and beverages, and unlike aspartame, it is stable in heat. Sucralose has been extensively studied, and the FDA has deemed it safe for the general public. The FDA stated, “In determining the safety of sucralose, the FDA reviewed data from more than 110 studies in humans and animals. Many of the studies were designed to identify possible toxic effects, including carcinogenic, reproductive, and neurological effects. No such effects were found, and FDA’s approval is based on the finding that sucralose is safe for human consumption.”

Aspartame has been approved by numerous health-related organizations including the FDA, United Nations Food and Agriculture Organization, World Health Organization, American Heart Association, and the American Dietetic Association. The European Food Safety Authority reviewed over 600 studies on aspartame and did not find any reason to ban it from foods and beverages. And yet, even with these many approvals, there is still controversy when it comes to sweeteners, as other varieties were shown to contribute to cancer.

Sucralose has been deemed safe for use for all individuals, including children and pregnant women, as well as diabetics, as it does not have an effect on glucose levels.

Aspartame vs. sucralose side effects 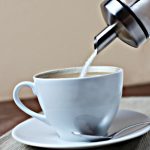 Aspartame is most dangerous for individuals with phenylketonuria (PKU), and schizophrenia patients should also avoid the sweetener. For schizophrenics who suffer from Tardive dyskinesia (TD), which is a side effect of schizophrenia medications, adverse effects due to aspartame consumption include cancer, seizures, headaches, depression, attention deficit disorder, dizziness, weight gain, birth defects, lupus, Alzheimer’s disease, and multiple sclerosis.

There have also been other health claims regarding aspartame, including digestive issues, changes in mood, headache, dizziness, diabetes, and Parkinson’s disease, but the research on these claims have been inconclusive.

Sucralose has not been found to pose a risk to glucose or insulin levels, but this may be dependent on the individual. A small study found that obese individuals who did not regularly consume artificial sweeteners reported elevated blood sugar levels by 14 percent and insulin by 20 percent. Studies that show no changes to insulin or glucose are generally conducted on normal weight individuals who are accustomed to consuming sucralose.

Furthermore, sucralose has been found to be stable in heat, but studies have begun to challenge this notion as in high temperatures sucralose breaks down to become a harmful substance. Although additional research is required, for now it’s best to refrain from cooking with sucralose above 350 degrees Fahrenheit.

Sucralose has also been found to negatively affect gut health and lead to weight gain even as a zero-calorie sweetener.

The exact side effects of aspartame and sucralose are still a controversial topic of discussion, and research regarding these two sweeteners is ongoing. It’s best you pay attention to your own body to see if either sweetener is right for you.


Aspartame or sucralose, which is worse? Diabetes and weight loss

It’s imperative that diabetic lose weight, and an easy way to do this is eliminating empty calories from one’s diet – which usually involves the removal of sugar. Generally, it has been recommended that diabetics switch to sweeteners as they require less of the product to achieve desired sweetness, but to determine which is the best for you speak to your doctor about your options.

Aspartame may also aid in weight loss. One study found, after rats were given aspartame, they had lower body mass overall. On the other hand, these rats developed more gut bacteria as well as elevated glucose levels linked to insulin resistance.

Studies on sucralose did not find that it contributed to weight gain, but researchers did find an increase in body mass index. Generally, sweeteners have been found to reduce body weight by 1.7 pounds on average.

In the case of weight loss, it appears that sucralose is more successful in aiding in weight loss than aspartame is.

Sucralose vs. aspartame during pregnancy

A healthy diet during pregnancy is highly important to ensure good health for the fetus and the mother. There are some things mothers should avoid – alcohol, for example – and include other foods that are recommended. Artificial sweeteners have been found generally safe during pregnancy as they don’t increase blood sugar or insulin.

Research has not come to a conclusive finding that suggests artificial sweeteners are dangerous to pregnant women or their babies. There are currently no long-term studies on the side effects of sucralose during pregnancy, but at least one group of physicians has deemed it safe for expecting mothers as long as it is in moderation.

If a mother has gestational diabetes, the American Pregnancy Association recommends that she cut down on nutritive sweeteners such as table sugar and sugar-free sweeteners that contain sugar alcohols (like Sorbitol, Xylitol, Isomalt, and Mannitol). These types of sugars contain calories that can be converted into fat.

If you’re concerned about sweeteners during your pregnancy, speak to your doctor to see what is a safe option for you.

Health problems have not been consistently found in the use of aspartame or sucralose, so these sweeteners are deemed safe for consumption. Unless you have one of the conditions listed above, artificial sweeteners shouldn’t pose any risk to you. If you choose to limit your intake of artificial sweeteners, you will want to be mindful of labels and read them carefully. For aspartame specifically, the label will also read “Phenylketonurics: contains phenylalanine,” which is another indication of aspartame as an ingredient.

Products labeled “low calorie,” “diet,” “sugar free,” or “no sugar added,” often contain artificial sweeteners, so that is another indication that the item in question contains aspartame or sucralose. A general rule is, if a product is processed, it most likely contains artificial sweeteners. And, rather than consuming soda, stick to water.

Alternatives to aspartame and sucralose

If you’re looking for added sweetness but don’t want to have artificial sweeteners, there are some alternatives available. Rather than using sugar or sweeteners, try some of these natural alternatives to sweeten up your meals.

Experiment with some of these sugar alternatives to sweeten up your meals and beverages. You may find a new favorite that you don’t have to worry about consuming.

I can’t believe it’s not sugar! New ‘sweetener’ to hit the market

How much sugar or sweetener did you add to your tea or coffee this morning? No matter what your preferred style of sweetening up your morning beverage, this newcomer to the market could eliminate the need for either. Continue reading…

If you’ve been trying to limit the number of calories you consume to drop a few pounds, you’ve likely joined the growing mass of people who have switched from sugar to artificial sweetener. But, according to a study recently published in Diabetes Care, it turns out that artificial sweetener could be sabotaging your weight loss attempts after all. Continue reading…