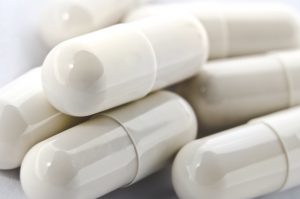 Celiac disease patients have been found to be taking popular probiotics with traces of gluten, according to research. Researchers at the Celiac Disease Center at Columbia University Medical Center (CUMC) found that over half of probiotics are contaminated with traces of gluten. Probiotics are taken by many celiac patients to promote healthy gut flora even though clinical evidence of their benefits is limited. First author Dr. Samantha Nazareth said, “Many patients with celiac disease take dietary supplements, and probiotics are particularly popular. We have previously reported that celiac patients who use dietary supplements have more symptoms than non-users, so we decided to test the probiotics for gluten contamination.”

Celiac disease sufferers cannot consume gluten as it causes a negative reaction with symptoms like diarrhea and abdominal pain. Over time, it can cause damage to the intestines. A thorough analysis of 22 popular probiotics has shown that most of the products that tested positive for gluten contained less than 20 parts per million of gluten, which the FDA considers gluten-free. Still, four probiotics contained higher levels of gluten.

Over half of the 22 products contained traces of gluten even though they were labeled as gluten-free. Dr. Peter Green, professor of medicine and director of the Celiac Disease Center, added, “We have been following reports in the scientific literature and news media on inaccurate labeling of nutritional supplements, and it appears that labels claiming a product is gluten-free are not to be trusted, at least when it comes to probiotics. This is a potential hazard for our patients, and we are concerned.”

Coauthor Dr. Benjamin Lebwohl said, “We know that most patients with celiac disease only develop intestinal damage when consuming more than 10 milligrams of gluten daily, and it is unlikely that contaminated probiotics can lead to that amount unless patients are ingesting mega-doses. Why is there any gluten in these products? Why should the consumer pay any attention to gluten-free labeling on such products? And given the great consumer interest in probiotics, will regulatory bodies take action to protect the public?”

The findings raise awareness of potential dangers these products may pose for celiac patients, and additional research is required to measure these adverse effects.

Many celiac disease patients take probiotics as a means of increasing good bacteria in their gut, but can probiotics help manage celiac disease? Although the evidence is small, some studies show probiotics may assist patients who are not following a gluten-free diet. It is unclear whether these benefits would extend to patients who are following a gluten-free diet. Essentially, if a celiac patient stays clear of gluten, they will have minimal symptoms and live a normal life. Once gluten is ingested, that is when symptoms appear and the damage is caused in the gut.

Research has shown that bacteria in the gut of celiac patients are different than in individuals without the disease. Celiac patients have lower counts of healthy bacteria and higher counts of bacteria that promote inflammation. The authors of the study wrote, “The results suggest that total and specific Bifidobacterium species could be possible protective factors for celiac disease. Therefore, the administration of specific probiotics and prebiotics to increase their intestinal levels could constitute a possible adjuvant therapeutic strategy for this disorder.” Additional research is required to determine a recommended dosing for celiac patients.

An alternative study found that probiotics containing certain strains of bacteria could help alleviate symptoms and reduce damage to the intestines in patients who are not following a gluten-free diet. Of the 22 patients taking the certain strain of bacteria, in comparison to the control group taking placebo, those who took the probiotics did not have an impact on leaky gut syndrome, which is caused by celiac disease. Those on the probiotics also experienced improvement in digestion, constipation, and reflux.

Research on probiotics effectiveness in celiac disease is still new, so it is hard to give a clear-cut answer. Speak to your doctor about your own condition and the possibility of trying probiotics for celiac disease.