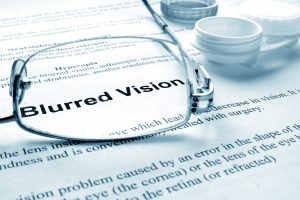 Multiple sclerosis vision damage (optic neuropathy) can be reversed by a common over-the-counter cold drug, according to research. The drug, clemastine fumarate, which helps alleviate allergy and cold symptoms, has been found to temporarily reverse vision damage commonly seen in multiple sclerosis.

Study author Ari Green said, “This study is exciting because it is the first to demonstrate possible repair of that protective coating in people with chronic demyelination from MS. This was done using a drug that was identified at UCSF [University of California, San Francisco] only two-and-a-half years ago as an agent with the potential to help with brain repair.”

The study took five months and involved 50 patients. The participants took vision tests as the beginning of the study and again at the end. During the first three months participants were given clemastine fumarate or a placebo. For the last two months, those who received the drug were switched to a placebo and those on the placebo received the drug.

Green added, “While the improvement in vision appears modest, this study is promising because it is the first time a drug has been shown to possibly reverse the damage done by MS. Findings are preliminary, but this study provides a framework for future MS repair studies and will hopefully herald discoveries that will enhance the brain’s innate capacity for repair.”

The participants did report modest fatigue, but no other side effects were reported.

Due to the small study size, larger studies must be conducted to test the drug’s effectiveness on a larger scale.

In multiple sclerosis, optic nerve damage is quite common, as the protective coating – myelin – gets destroyed by the disease exposing the nerves. Oftentimes, vision problems are the first sign of multiple sclerosis. Symptoms of vision damage in multiple sclerosis include blurry vision, graying of vision, and blindness in one eye for a short period of time.

Vision problems in multiple sclerosis include vision loss, double vision, and uncontrolled eye movements. Vision loss usually occurs in one eye only and can last between four to 12 weeks. The recurrence of vision loss is higher if a person is on steroids, so your doctor may prescribe a different type of medication.

Double vision occurs when the muscles responsible for eye movement are not coordinated due to malfunctioning. Double vision can worsen if a person is tired, so frequent rest could help resolve the issue.

Much evidence has come to light revealing the benefits of fasting-like diets, especially for the reduction of symptoms in multiple sclerosis. Many individuals resort to fasting-like diets as a means to lose weight, but the latest findings reveal benefits beyond the scale. Continue reading…