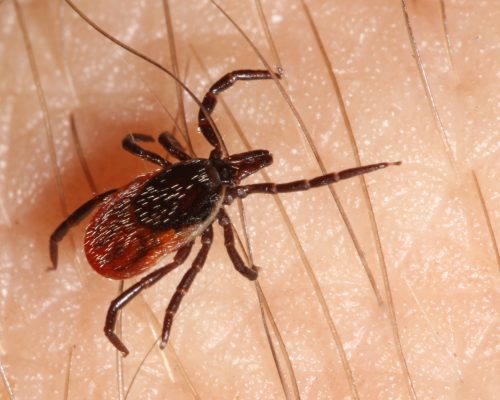 Lyme disease can prevent the immune system from developing lasting immunity, according to research. The findings come from the researchers at the University of California who found that Lyme disease can trick the animal’s immune system, which fails to send an immune response or develop lasting immunity to the disease as a result. The findings may help explain why some human patients are susceptible to recurrent infections from the same strain of bacteria. It also suggests why blood tests may not be effective at uncovering Lyme disease if the patient has already been exposed.

The findings come from mouse-based models. Nicole Baumgarth explained, “We demonstrated that an animal infected with Borrelia burgdorferi, the corkscrew-shaped bacteria that cause Lyme disease, launches only a short-lived immune response, and that protective immunity against repeat infections quickly wanes. This study also suggests a possible mechanism responsible for the disappearance of antibodies following infection and subsequent treatment with antibiotics.”

At first, the bacteria trigger a strong immune response, but then it causes structural abnormalities in “germinal centers” – sites in lymph nodes and other lymph tissues that participate in the long-term immune response.

Months after the infection, these germinal centers fail to produce specific cells that are crucial for developing a lasting immunity. As a result, the animal’s immune system cannot create a memory of the invading bacteria and launch a protective immune response against future infections.

The researchers found that after Borrelia burgdorferi infection, this process even prevented the induction of strong immune responses to influenza.

The University of Pennsylvania researchers also found that strain-specific Lyme disease can cause lasting immunity for years. Once a person is infected, they can have immunity to the specific strain for six to nine years.

The findings don’t suggest that a person infected is now safe to venture out to Lyme disease-ridden areas – there are at least 16 different strains of Lyme disease reported, so another strain can still infect you. The study does reveal, however, how the immune system recognizes and builds defense against a pathogen, which could help in developing a possible vaccination in the future.

Research lead Dustin Brisson said, “The point of the paper published in the New England Journal of Medicine was to see if there is evidence that these recurrent infections were in fact caused by subsequent tick bites and not by a relapse of the original infection. That study overwhelmingly confirmed that they were new infections; only one patient was infected by the same strain multiple times. In the present study, we wanted to see if so few patients were infected by the same strain multiple times because they were protected against subsequent infections with the same strain.”

“If you infect a mouse with one strain and then clear it with antibiotics, it can’t be infected again with the same strain, but can be with a different strain. But mice only live for a year or so. No one had explored if immunity persists over the course of many years. If you could make a vaccine that covers several of these strains, you could substantially reduce the probability of infection in vaccinated people. The vaccine could last several years, perhaps requiring a booster once every several years,” Brisson concluded.

Further research is necessary to determine whether being infected and generating an immune response against one strain may offer protection against other strains as well.

Lyme disease can be detected early on by urine test: New study

Lyme disease can be detected early on by a urine test, as suggested by a new study. The findings come from researchers at George Mason University who have developed a urine test to detect Lyme disease early on. It is one of the largest study of its kind, which took three years and involved 300 patients. Co-director Lance Liotta said, “We are looking at a highly specific protein shed from the surface of the bacteria that causes Lyme.” Continue reading…

With warmer weather upon us, the risk of Lyme disease increases as we spend more and more time outside – especially, in wooded, forestry areas. Vector-borne disease expert Stephen Wikel explained, “Luckily, ticks don’t fly, jump, or fall from the sky.  Continue reading…