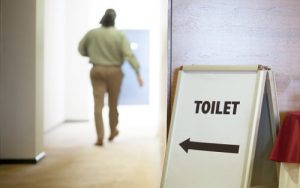 Having an overactive bowel means you have to make more frequent trips to the bathroom to relieve yourself. While this may sound abnormal in certain contexts, it may actually be absolutely ordinary for some. The general consensus over what constitutes normal bowel habits tends to be a single bowel movement every day, but this may not be true for everybody. We all have become accustomed to our own “normal” bodily behavior, whether that means having a daily bowel movement or even more than one a day.

What does overactive bowel mean?

Overactive or hyperactive bowels pass stools more frequently. This may be a regular occurrence or occur only during certain circumstances. There are several different kinds of diagnoses related to bowel evacuations that require medical treatment. The following are the most common medical conditions related to bowel activity:

Diarrhea: Defined as the abrupt onset of three or more loose stools per day and lasts no longer than two weeks. If symptoms go beyond 14 days, it is defined as chronic or persistent diarrhea. Stool can either be watery or of a loose consistency and is often accompanied by symptoms of urgency. Other symptoms may include abdominal cramping, excessive flatulence, bloating, and bowel incontinence in serious cases.

Constipation: Defined as infrequent or frequently incomplete bowel movements of fewer than three defecations per week. It is often characterized by straining with bowel movements, hard stools, abdominal pain, bloating, and the sensation that you have not completely evacuated your bowel.

It is important to understand that overactive bowel leading to frequent bowel movements is not a clearly defined clinical diagnosis, as it is not pathological. Overactive bowel will not lead to complications such as dehydration or electrolyte disturbances in the longer term; it may just be a personal feature that is unique to you or occurs during particular circumstances. The following are some of the most likely overactive bowel causes:

The majority of people don’t have a diverse palate; they consume the same type of food every day of their lives. While cuisine is simply a matter of personal preference, this can pose problems when a new or foreign food or drink is introduced. Many spicy meals tend to irritate the gut, especially when the person is not accustomed to them. Drinks containing high amounts of caffeine are also known for contributing to an overactive bowel.

Moving our body helps get our blood flowing, but it also stimulates our digestive tract and promotes bowel movements. Physical activity is actually recommended as a way to treat constipation. However, too much exercise can lead to an overactive bowel, as seen in cases of “runner’s diarrhea.” It is thought that increased physical activity increases bowel motility and causes increased pressure within the abdomen, leading to more frequent bowel movements.

A condition affecting the large colon. It differs from other inflammatory bowel conditions like ulcerative colitis and Crohn’s disease in that it doesn’t change the bowel tissue or increase the risk of colorectal cancer. For a doctor to make the diagnosis of IBS, certain criteria should be met, including abdominal pain or discomfort lasting at least three days a month in the last three months; improvement of pain with defecation; and an altered frequency of defecation and/or consistency of stool. IBS may also present bouts of constipation in combination with diarrhea.

There are many things that can cause us to experience diarrhea. These may include:

While overactive bowel symptoms may vary from person to person, the following are some of the most commonly seen attributes:

When seeing your doctor about your particular case of frequent bowel movements, they will first ask you a series of questions about the frequency, amount, color, and consistency of your stools. They will also try to pinpoint when the increased bowel symptoms started to occur to help rule out other possible causes. Most of the time, if an overactive bowel is significantly affecting your daily life you doctor, will be more inclined to provide medical intervention. This is because most benign cases of overactive bladder are short lived and resolve themselves.

If further intervention is needed, various tests involving the gastrointestinal tract may be used. They may include the following:

How to treat overactive bowel?

Overactive bowel treatment often involves the treatment of diarrhea symptoms. There is no cure for overactive bowel. If there is an identifiable cause for your particular case of overactive bowel, treating that will resolve the condition. If no particular cause can be identified, treatment of the presenting abdominal pain with over-the-counter painkillers may provide some relief, but it is advised not to rely on these types of medication as they may also induce stomach pain and even liver damage if excessively used.

Other over-the-counter medication may include antimotility drugs such as loperamide to treat diarrhea. Antacids may be used if a person is experiencing acid reflux. Also, the use of antispasmodic drugs to relax bowel contractions may help some individuals.

It may also be beneficial to utilize absorbent pads and pants to absorb any leaks of stool that may occur. Including more fiber in your diet will also help bulk up stool if your find your bowel movements are of a watery consistency. Your overactive bowel symptoms may possibly be due to a psychological issue—increased bouts of anxiety can lead to more frequent bathroom trips. If all other avenues for your bowel symptoms have been exhausted, it may be worth it to see a psychologist if you feel the problem lies in your psyche.

Related: Twisted bowel (volvulus) in adults: How the bowels twist and how to treat it

Gastrointestinal perforation: Causes of a perforated bowel and how to treat it