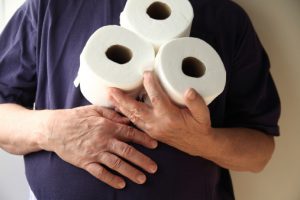 A healthy person who contracts viral gastroenteritis will recover easily without complications, but for infants, seniors, and those with impaired immune system the risk of complications – even death – is much greater.

There is no cure for viral gastroenteritis, so your best mode of treatment is actually prevention. There are things you can do to ease symptoms and aid in recovery which we will explain in further detail.

What are the common causes of viral gastroenteritis?

There are many different causes of viral gastroenteritis, the most common being norovirus. Norovirus is the world’s most common foodborne illness, which can spread very quickly among populations. There are many reported norovirus outbreaks in areas where people reside closely together – such as schools, dorms, retirement facilities, and cruise ships. Norovirus is picked up by consuming contaminated food or water, or being in close quarters with someone who is infected.

Viral gastroenteritis can be referred to as the stomach flu, but it has no relation to influenza (the flu). Influenza only affects the respiratory system, so when you begin to feel gastrointestinal symptoms it is no longer simply the flu.

Depending on the cause of viral gastroenteritis, symptoms may appear within a few days and can range in severity. Symptoms can persist up to 10 days, but often lessen in fewer days.

It’s important to see a doctor if you cannot keep fluids down within 24 hours, you’ve been vomiting for more than two days, you’re vomiting blood, you’re dehydrated, there is blood in your stool, or if your fever is above 104 F (40 C).

Risk factors of viral gastroenteritis include being an infant or senior, living in residences like dormitories or retirement homes, and having a weakened immune system. 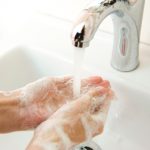 There is no cure for viral gastroenteritis and, unfortunately, you must let it run its course, so prevention is the key. Prevention tips for viral gastroenteritis are similar to that of preventing the cold or flu – frequent and proper hand washing, staying away from those who are sick, and staying home when you are sick to avoid transmitting it to others. It’s also important to properly wash, prepare, and cook food as to lower the risk of food contamination. Getting a rotavirus vaccination is a good idea as well.

Home remedies for viral gastroenteritis include reducing your intake of solid foods and allowing your digestive system to rest, sticking with clear fluids and plain broths and avoiding sodas, coffee or sugary beverages, slowly introducing foods back into your diet as you begin to feel better, avoiding caffeine, dairy, nicotine and heavily seasoned foods, getting plenty of rest, and being mindful of certain medications as they can worsen stomach symptoms.

If you suspect you have contracted viral gastroenteritis, avoid sharing items with those around to avoid spreading the illness.

Norovirus outbreak, most common cause of gastroenteritis in the U.S.
Gastrointestinal infection, irritable bowel syndrome complications increase with anxiety