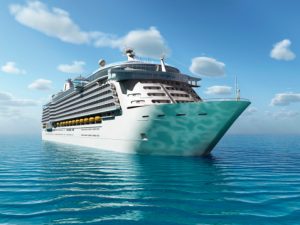 Norovirus 2016 outbreak update: Stomach flu confirmed on cruise ships (Ocean Princess and Anthem of the Seas) and the University of Michigan is conducting a new stool study to find a potential cure.

The Center of Disease Control and Prevention (CDC) confirmed gastrointestinal illnesses on the cruise ship Anthem of the Seas. Royal Caribbean previously said that there were at least 10 infected passengers. The cruise line company stated the cruise was shortened by two days due to bad weather and not norovirus outbreak.

The CDC later reported that 125 of the 4,061 passengers and 16 of the 1,592 crew members showed signs of norovirus, including vomiting and diarrhea. To be considered an outbreak, at least three percent of passengers must be infected and at this point environmental health officers and epidemiologists will board the cruise ship upon its return.

The CDC reported that the Royal Caribbean did take the necessary steps in order to control the outbreak. This is the fourth norovirus outbreak reported of the year.

Another outbreak was seen on Ocean Princess where 50 passengers and crew members were treated for norovirus. Ocean Princess increased sanitation procedures, took stool samples from passengers for testing, and made daily reports of the illness, all in accordance with the CDC Vessel Sanitation Program.

Researchers from the University of Michigan are collecting stool samples of those with norovirus or who just recovered from norovirus in order to test the samples to potentially develop a cure. Norovirus is the most common cause of gastroenteritis, which is caused by contaminated food or beverage, person-to-person contact, or touching surfaces affected by the virus. Outbreaks can occur quite quickly, especially in areas where people are close together, such as cruise ships, retirement homes, or school campuses.

The University of Michigan experienced their own norovirus outbreak a month prior, where hundreds of students were infected and experienced vomiting, diarrhea, abdominal cramping, and nausea.

Study lead Christiane Wobus said, “You can learn a lot from studying murine norovirus, but you want to know what you learn from it also applies and translates to human norovirus. So ultimately we want to directly study the human norovirus.”

So far the researchers have collected three stool samples that may contain the norovirus. The researchers are also working on previous research, which suggests growing norovirus in a lab setting. “You can infect cells in a dish (with the human norovirus) and test whether the compound of interest blocks the infection,” Wobus added.