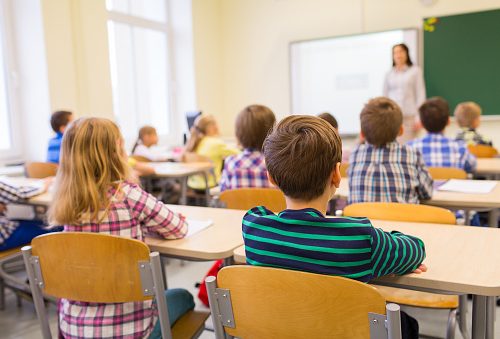 Norovirus outbreak 2016: More reports of the norovirus have come to light including an outbreak at Boynton Beach, Coventry Elementary and Oakfield Primary School.

As reported earlier, the Norovirus outbreak started at Chipotle restaurant and spread to the west coast. Other stomach flu outbreaks on cruise ships and a number of educational institutions were also confirmed.

Many children are staying home at a South Florida elementary school after norovirus-like symptoms have been appearing. At least 100 children have not been attending Citrus Grove Elementary School in Boynton Beach with 180 absent children as of March 7, 2016 and 250 as of March 11, 2016.

The same goes for Coventry Elementary School where nearly 35 percent of students did not attend classes due to norovirus. Both students and teachers have been staying home during the second week of March due to norovirus, but they don’t rush to go back as soon as symptoms subside to make sure they are free from illness.

Representatives of the school say they will hold off on testing for norovirus unless a spike of symptoms occurs again. Health officials recommend that students and teachers be free of vomiting and fever for at least 24 hours before returning back to school. The school has since been sanitized.

Possible norovirus outbreak at Oakfield Primary School in Dartford, Kent in the UK

Another school saw an outbreak of norovirus-like symptoms in Dartford, Kent. Oakfield Primary School had over 600 children stay home out of fear of norovirus outbreak. Over 100 children feel ill with what is suspected to be norovirus, while the remaining students stayed home even if they were not sick to avoid catching the illness.

Executive head Garry Ratcliffe said, “We have had higher levels of absence than normal during the week and it came to a head yesterday when we had over 100 children absent.”

“We made the decision at around 5pm yesterday to give parents the option to keep their children at home today. Parents have been very supportive and so we have just under 10 percent of our children in today. I don’t like closing the school, even on snow days we try to stay open, as we are very aware that parents have to work, but unfortunately in a big school these things can spread very quickly. The majority have therefore made the decision to keep them at home.”

The school will undergo a deep cleaning and Ratcliffe suggests school will resume within a week.

Lafayette College has cancelled classes, activities, and sporting events due to norovirus outbreak. The outbreak has been confirmed as norovirus, prompting the cancellation of activities over the weekend at the college.

President of the school Alison Byerly wrote on the Lafayette College website, “While there has been an encouraging downward trend in the number of students who have been treated for symptoms of the virus since the outbreak began last weekend, and every student who has been treated has recovered uneventfully, a number of students are still experiencing these symptoms.”

“These cancellations, and the resulting reduction in the number of people on campus, will benefit the entire campus community by facilitating ongoing cleaning and sanitizing of the campus through the weekend. These cleaning efforts will be augmented by extra personnel during the next four days. Students who are able to travel home are strongly encouraged to do so. This includes those who have experienced symptoms of the virus but are no longer feeling ill,” continued Byerly.

Norovirus is a contagious gastrointestinal illness that causes fever, vomiting, and diarrhea. It is highly contagious and a person who suspects being infected should steer clear of others and disinfect anything they come into contact with.