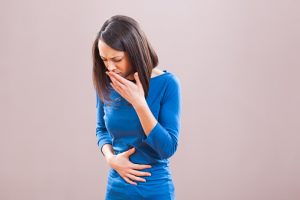 Norovirus 2016 (stomach flu) outbreak has caused more than 200 illnesses at a Pennsylvania college. Ursinus College in Pennsylvania completely shut down following the norovirus outbreak. The on-campus cafeteria is being blamed for the cause of the outbreak and is the center of the investigation.

Julie Paoline, division director of Communicable Disease Control Montgomery County Health Department, said in a press release, “At this time, the Health Department believes that Ursinus College administration and its staff have done everything they can do in terms of focusing on monitoring illness, promoting hand hygiene, conducting environmental disinfection, and excluding ill food workers. There are no additional recommendations from the department at this time. This will need to run its course.”

As of February 16, the outbreak is still under investigation, as the cafeteria has yet to be confirmed as the source of the outbreak. The news release stated, “While the [Montgomery County Health Department’s] first report cited some violations, all violations have since been corrected and the health department issued its second Inspection Report for Food Establishments Saturday, revealing that Ursinus College and its Wismer Hall dining facilities are in compliance with the county and had met the department’s recommendations. The college voluntarily and precautionary closed Wismer Dining Hall on Wednesday before reopening on Thursday for dinner, and since then has remained operational.”

The University of Michigan is also under investigation for a possible norovirus outbreak that has sickened 100 students. The students began experiencing diarrhea and vomiting. The suspected source of the virus stemmed from the South Quad dining hall.

Dr. Robert Winfield, executive director of UHS, said, “This began sometime last evening, and people continued to be sick through the night, and the morning — some people showing improvement.”

“We have tested a number of people who are sick by taking stool cultures and sending them to Michigan Department of Community Health in Lansing. It takes about three to five days to receive results back for norovirus testing,” added Dr. Winfield.

The university is recommending that students who believe they have been infected quarantine themselves for at least 48 hours or until they are no longer experiencing symptoms.

Dr. Winfield explained, “There are three ways an outbreak can occur. This is a season where the norovirus, or the cruise ship virus, infections can become prevalent — it’s a very contagious virus and it’s harder to kill with regular cleaning supplies. The second way can be food-related, and symptoms usually occur six to 10 hours within consumption. The third potential cause is from germs that are alive inside some kind of food — things like E. coli and Salmonella.”

Although norovirus has been suspected, it has yet to be confirmed as the cause for the gastrointestinal symptoms.

Proper hygiene techniques are being advised, such as frequently and properly washing your hands and avoiding touching surfaces.

The university has received backlash from students for not properly warning them of a potential outbreak and keeping information under the rug, but for now students are advised to fill out a form in case they must miss class due to the food-borne illness.

Norovirus outbreak, most common cause of gastroenteritis in the U.S.

Norovirus outbreaks are the most common cause of gastroenteritis in the U.S. Gastroenteritis is a condition in whichy the stomach and the intestines become inflamed, leading to side effects such as vomiting, nausea, and diarrhea. Continue reading…

The norovirus infection is still affecting food outlets, so here is your norovirus 2016 outbreak update. It all began with Chipotle food chains back in 2015, but has persisted to affect other food establishments in 2016. The Chipotle norovirus outbreak began with improperly stored chicken and sick employees attending work. Continue reading…