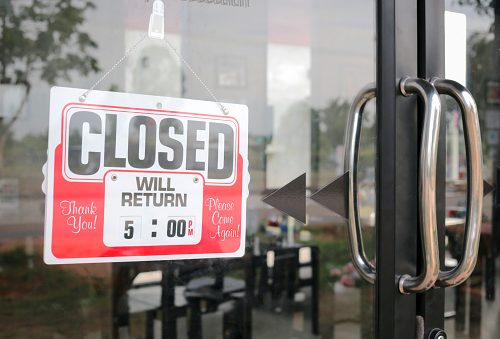 The norovirus infection is still affecting food outlets, so here is your norovirus 2016 outbreak update.

Earlier this month, there was a new report of norovirus outbreak at Overland Park Buffalo Wild Wings. There is at least one confirmed case, but the investigation is still underway. The Johnson County Department of Health of Environment is working closely with The Kansas Department of Agriculture that was also dealing with their own norovirus outbreak stemming from New Theatre Restaurant in Overland Park.

So far, gastrointestinal illnesses have been reported by 10 patrons who visited the bar and grill.

The health departments reported 10 different health violations, including employees wiping their noses on their gloves and working immediately after and several liquor bottles with small bugs in them.

Furthermore, the bathroom was more like a storage closet, as uniforms and napkins were stored there blocking the sink. Plus, the sink did not have running hot water.

A spokesperson for Buffalo Wild Wings said, “We take food safety very seriously, and following a report Saturday of potential illness by the Health Department, we decided to close the Overland Park restaurant to allow for a third-party vendor to conduct a thorough cleaning. Although there is no conclusive link to our restaurant being the source of the illness, we voluntarily took these actions out of an abundance of caution. The restaurant re-opened Sunday following consultation with the Health Department.”

Overland Park and neighboring town of Shawnee have seen a few norovirus outbreaks so far in 2015 and 2016.

In Bellevue, Seattle, Maggiano’s Little Italy restaurant was closed due to suspected norovirus outbreak. So far, as many as 50 people have fallen ill after an event held at the restaurant. Tests are still pending on the results of what the illness is, but so far norovirus has been suspected to be the culprit.

Restaurant officials are working closely with health officials, and the restaurant has been closed for proper sanitation and cleaning.

Maggiano’s management has advised their employees to report any illness and that will result in immediate work exclusion.

It’s important that all restaurants take the necessary steps in order to prevent norovirus infection, as it can be particularly troublesome to at-risk groups, such as young infants and seniors. To avoid serious complications, food must be stored and prepared properly, and all sick employees should simply stay home.

The norovirus, stomach flu, is now hitting the west coast after earlier Chipotle outbreak. Norovirus is the leading cause of adult gastroenteritis affecting nearly 21 million Americans annually, this according to the Centers for Disease Control and Prevention (CDC). The only other virus more common that norovirus is the common cold. Continue reading…

Norovirus outbreak, most common form of gastroenteritis in the U.S.

Norovirus outbreaks are the most common cause of gastroenteritis in the U.S. Gastroenteritis is a condition in which the stomach and the intestines become inflamed, leading to side effects such as vomiting, nausea, and diarrhea. Continue reading…