Home » General Health » Norovirus outbreak, most common cause of gastroenteritis in the U.S. 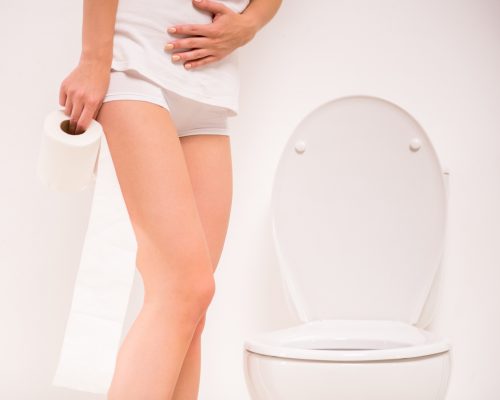 Norovirus outbreaks are the most common cause of gastroenteritis in the U.S. Gastroenteritis is a condition where the stomach and the intestines become inflamed, which leads to side effects such as vomiting, nausea, and diarrhea.

The Centers for Disease Control and Prevention (CDC) estimate that each year Norovirus contributes to 19 to 21 million illnesses. Unfortunately, anyone at any age can contract Norovirus, but those with weakened immune systems, seniors, and young children are most susceptible to complications from Norovirus.

Norovirus cases tend to spike in the cooler and colder months of November to April, and the CDC estimate the average American will contract Norovirus at least five times in their lifespan.

Norovirus is commonly contracted by ingesting contaminated food or water, touching surfaces that have the virus on it, and coming into direct contact with another person who has Norovirus.

Late 2015 saw Norovirus outbreaks in Chipotle restaurants and Seattle retirement homes. In 2016 so far, the Kansas Department of Health and Environment is working to address the new Norovirus outbreak, which stemmed from New Theatre Restaurant in Overland Park, Kansas.

So far in the investigation, there have been over 600 reports of illness linked with the New Theatre Restaurant, stemming from visits between January 15 and January 19, 2016. There have been no new Norovirus reports since January 27, 2016.

When health inspectors went to investigate the restaurant, they began educating the staff about Norovirus, along with observing their current food safety practices and cleanup procedures. New Theatre Restaurant then partnered up with a private firm that cleaned the entire restaurant with EPA-registered disinfectant known to completely remove Norovirus bacteria.

Anyone anywhere can catch Norovirus, but certain facilities and settings can experience outbreaks of larger numbers. Places like long-term living facilities, retirement homes, hospitals, restaurants, cruise ships, school, and other institutional settings can see influx in Norovirus, as there are large number of people situated more closely together, and so the odds of the Norovirus spreading become higher.

In a restaurant setting, Norovirus can occur due to employees not washing their hands, either because they do not have soap and water available, or because they choose not to. Employees who come to work sick, whether because of Norovirus or any other type of illness, can spread the virus to other employees and to the food. Dirty bathrooms too can cause a Norovirus outbreak – along with dirty utensils and cooking materials – essentially, anything that is dirty within the restaurant.

If garbage is not taken out often and is lingering and overflowing, that can contribute to Norovirus, too. Other scenarios for spreading the virus in a restaurant setting include having food sit out for long periods of time, employees not being honest about food preparation practices and not adhering to safe temperatures of food preparation.

If you want to protect yourself from being part of a Norovirus outbreak in 2016, follow the tips below.

Norovirus outbreaks on cruise ships are not as common as we perceive, but it’s still important to understand norovirus infection complications along with incubation periods. The Centers for Disease Control and Prevention (CDC) stated, cruise ship vessels that are part of the Vessel Sanitation Program (VSP) are required to report gastrointestinal illnesses, which occur on the ship, as reported by medical personnel, up to 24 hours prior to docking in the U.S. when coming from a foreign destination. Continue reading…

The norovirus, stomach flu, is now hitting the west coast after earlier Chipotle outbreak. Norovirus is the leading cause of adult gastroenteritis, affecting nearly 21 million Americans annually, according to the Centers for Disease Control and Prevention (CDC). The only other virus more common that norovirus is the common cold. Continue reading…