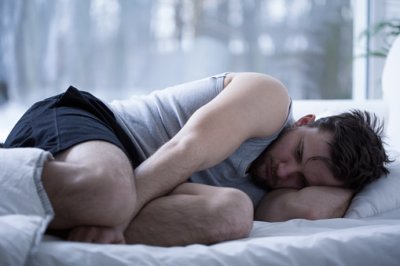 This Brain Awareness Week, we focus on bringing you information on foods for brain power, brain stem stroke, cerebral atrophy (shrinking of the brain), the link between Alzheimer’s disease and a protein diet, and catatonic depression, which causes an individual to display abnormal behavior.

Brain Awareness Week is a worldwide campaign conducted in the third week of March. Its aim is to raise awareness on the importance of brain research and also spread awareness about brain-related problems—their diagnosis, treatment, and prevention. It is an annual event in which partner organizations showcase new developments in the field using varied avenues such as exhibits, lectures, campaigns on social media, and workshops.

A stroke is the result of an interruption in the blood flow to the brain, depriving it of oxygen and essential nutrients. A brain stem stroke is a stroke that occurs in the brain stem, near the base of the skull and just above the spinal cord. The brain stem is responsible for many crucial functions of the nervous system including breathing, heartbeat, blood pressure, speech, swallowing, digestion, hearing, and eye movements.

Due to its importance in all these functions, brain damage caused by a brain stem stroke is much more severe than a stroke in other parts of the brain. Proper functioning of the brain stem is critical to our survival. Continue reading… 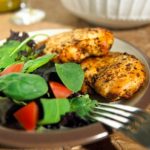 The brain is really like a control center for the entire body, which means you must feed it well, and that includes eating foods for brainpower.

Our brains keep our hearts beating, help control our breathing, assist our movement, and allow us to feel and think. It should be obvious that we need to keep our brain in optimal working order. This includes feeding the brain. Foods play a key role in maintaining a healthy brain help to improve memory and concentration.

Here we look at some of the best foods for brainpower. Some power foods for the brain help in the short-term, while others should be included in your diet long-term as they can boost concentration and performance.

While the best approach is to simply maintain a healthy diet overall, we will focus on healthy foods for brainpower. Continue reading… 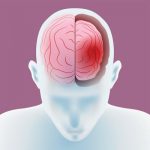 Cerebral atrophy or brain atrophy refers to the progressive loss of brain cells, called neurons, leading to decreased brain size. This phenomenon can occur to the entire brain or be focused on a singular part. The most troubling issue with cerebral atrophy is the potential for it to affect brain function, as the location of lost brain cells will potentially lead to neurological side effects.

What are the types of cerebral atrophy? 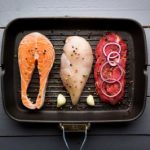 Alzheimer’s disease that sets in later in life could be prevented by consuming a high protein diet of nuts, meat, and fish.

The Link between Protein and Alzheimer’s Disease

Alzheimer’s disease that is characterized by impaired cognitive functioning and memory decline results from the deposit of amyloid-β (protein plaques) in the brain. While this protein is naturally present in the body, when it forms plaques around nerve cells, it can disrupt their functioning. In many cases of

Alzheimer’s disease, high amounts of plaque deposits could result in an autoimmune reaction wherein the body would start to discard these non-functioning brain cells. Therefore, it has already been established that amyloid-β deposits are detrimental to the brain.

Researchers claim that there is an inverse relationship between these amyloid-β deposits and protein intake. Hence, consuming more protein can help to stop amyloid-β from depositing in the brain, thereby preventing Alzheimer’s disease.

The findings are based on a study of diets of 541 older people who had no memory decline. Researchers divided the volunteers into three groups based on their dietary protein intake (highest, average, and lowest), tested the blood samples of the volunteers in each group for biomarkers, and measured the amyloid-β levels in their brains. Continue reading… 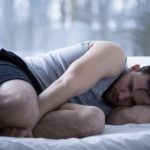 How to treat catatonic depression? Symptoms and Causes

Catatonic depression is a subset of depression that is characterized by additional symptoms of extended periods without speaking and remaining motionless for a long time. The term catatonic is not a separate illness in itself, but rather considered an additional part of an already present diagnosis. Other illnesses such as post-traumatic stress disorder, bipolar disorder, and schizophrenia could also have catatonia has a distinction.

Those affected may not be able to perform simple tasks such as sitting up in bed or changing their clothes. They may also sit quietly for hours on end not moving a muscle.

It is thought that catatonic depression is caused by dysregulation of the GABA, Glutamate, and dopamine; neurotransmitters of the brain. Catatonic depression features the symptoms of depression while including neuro genetic motor inability. When presented with a case such as this, medical professionals need to identify the root cause of the depression to ameliorate the mental stupor.

It is estimated that less than 10 percent of psychiatric patients develop a mental disorder with catatonic features making its appearance quite rare. Continue reading…

Since our brain controls our body, brain problems are serious and should never be ignored. Brain disorders are usually progressive—what may begin as forgetfulness could develop into cerebral atrophy, leading to dementia or Alzheimer’s disease. Depression isn’t always temporary—it can lead to long term problems as in the case of catatonic depression. Problems such as brain stem stroke, on the other hand, have an immediate risk to life. Therefore, it is important to maintain a healthy brain by eliminating risk factors and maintaining healthy blood pressure levels, low sugar levels, right cholesterol levels, and body weight. Certain habits including sedentary lifestyle, smoking, and alcohol abuse should be curtailed. In addition, consuming foods for brain power can help to maintain brain health.