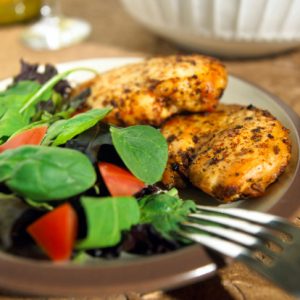 The brain is really like a control center for the entire body, which means you must feed it well, and that includes eating foods for brainpower.

Our brains keep our hearts beating, help control our breathing, assist our movement, and allow us to feel and think. It should be obvious that we need to keep our brain in optimal working order. This includes feeding the brain. Foods play a key role in maintaining a healthy brain help to improve memory and concentration.

Here we look at some of the best foods for brainpower. Some power foods for the brain help in the short-term, while others should be included in your diet long-term as they can boost concentration and performance.

While the best approach is to simply maintain a healthy diet overall, we will focus on healthy foods for brainpower.

Some nutritional experts believe that the food choices we make are the most influential factors when it comes to our brains. The following list covers foods that increase brain activity and foods to eat for brainpower.

There are rich polyphenols in olive oil, which are known to be brain protective antioxidants.

Some research suggests that coconut oil should be part of a brain-boosting diet because it enhances the ability of neurons to use energy while also reducing the production of damaging free radicals.

This fish is a great source of omega-3 oil, which plays an important part in the health of brain cells. It is believed that it helps stimulate the growth of cells in the brain’s memory bank. Some studies suggest that it may slow age-related mental decline and help reduce the risk of Alzheimer’s disease.

This berry is a good brain-stimulating food, since it is packed with protective antioxidants. Blueberries are also helpful in reducing inflammation, which has been associated with degenerative brain conditions. Animal studies have shown that blueberries delay short-term memory loss.

Rich in a chemical that supports neurotransmitters, but is also important because they contain cholesterol, an important part of brain cell membranes.

These greens have a lot of prebiotic fiber that helps the growth of brain supportive stomach bacteria.

They contain a lot of nutrients such as vitamin E, omega-3, copper, manganese, and fiber, which support brain health.

Rich in prebiotic fiber and high in anti-inflammatory nutrients, as well as folate.

This Korean fermented dish has probiotic bacteria that can promote a healthy brain.

This is a Mexican yam that is high in prebiotic fiber, vitamin B6, folate, and vitamin E.

Rich in vitamins C, K, and A. This popular, low-carb vegetable also contains potassium and iron.

This green vegetable is high in sulforaphane, which is a detoxification aid. It also helps reduce inflammation and control damaging free radicals. Some studies have associated higher vitamin K, which can be found in broccoli with better memory.

High in monounsaturated fats that can protect brain cells.

Rich in polyphenols, believed to be able to boost blood flow to the brain.

Along with vitamin K, folate, and lutein, spinach is rich in antioxidants.

Full of zinc, a mineral that plays a key role in memory function.

The caffeine in coffee can increase alertness, but that’s not all. It has been suggested that coffee may also be able to boost “feel good” neurotransmitters, such as serotonin. Some studies have linked drinking coffee over the long-term to a reduced risk of neurological diseases.

We all know that oranges are full of vitamin C, but did you know that vitamin C is key to preventing mental decline? Studies indicate that eating enough vitamin C-rich foods can protect against age-related health issues, including Alzheimer’s disease.

Like coffee, green tea has caffeine to help boost brain function, but it also has L-theanine, an amino acid that can increase neurotransmitter activity to help us feel more relaxed. Green tea is rich in polyphenols and antioxidants too. Some research has shown that green tea improves memory.

Full of lycopene, which is a powerful antioxidant believed to be able to help protect against free radical damage. Cooked tomatoes are best with a little olive oil to ensure good absorption.

This is one of the best sources of vitamin C, and as we established earlier, when we mentioned oranges, vitamin C promotes healthy mental functioning. Being vitamin C deficient has been known to increase age-related health issues, including dementia.

They have vitamin B-6 and B-12, which can help support the nervous system and improve memory, as well as alertness.

Pomegranate juice is full of antioxidants and may be able to protect our memories. A lot of pomegranate juice has added sugar, so you have to be careful about how much you consume. It has been suggested that beet juice increases blood flow to the brain and may help reduce the risk of dementia.

The brain tells other organs in our body how to function, so if the brain isn’t working well, other organs can stop working well too. In other words, the brain is boss. Protecting the brain with a good diet is crucial. Foods for brainpower, including those listed above, can be a guide to a healthy brain as well as overall good health.

Living close to nature may be healthier for the brain