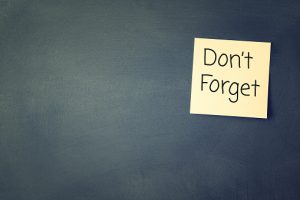 Everyone has a different way of memorizing and recalling things, and while some of us may have a photographic memory, others are more tactile learners. As a result, people tend to remember better either because they have received the information in a format that they find easy to recall, or because they are young and mentally healthy. For some people, however, forgetfulness can affect their daily lives. If you have problems remembering things, we have listed some suggestions to improve your memory.

While these tips can help you remember better, it is also important to improve your memory power by maintaining your physical and mental health. Eating proper food, taking medications on time, and getting enough rest can help us remember by improving brain health. In addition, just like our body needs exercise to stay fit, our brains also need exercise. Playing a musical instrument like the piano, practicing hobbies like chess, and reading can keep the brain active and sharp.

While many may believe that they should do one thing at a time and avoid multitasking if they have problems remembering, a new study suggests that multitasking may actually be beneficial to boost memory.

Since memory decline is usually age-related, scientists at the University of California, Los Angeles decided to study the impact of multitasking on the memories of 55 people between the ages 60 and 75. They used standard cognitive tests to assess their memory, learning, attention, concentration, and general cognitive performance. They found that no one suffered from dementia, but all had minor memory impairments.

Researchers divided the participants into two groups—the simultaneous group and the sequential group. The participants had to attend memory training classes twice a week. Each session was a one-hour session in which they received in-person training.

Twenty-nine participants were allocated to the simultaneous group. They only had to attend the classes. The other 26 participants who were in the sequential group were made to do physical activities such as riding a bike before attending the classes.

After four weeks, researchers once more tested the mental abilities of the participants.

Findings of the Study

Related: Yoga increases regions of the brain associated with memory and attention

Protect your memory with this one activity