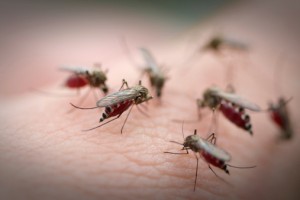 This week’s health news roundup includes recent stories on the Zika virus, dengue, malaria, Guillain-barre syndrome, Ebola, and autoimmune brain disorders. We discussed the reduction of the risk of Zika virus, dengue, and malaria through genetically modified mosquitoes released in affected areas, the link between Zika virus and Guillain-barre syndrome, prediction of the Zika virus and Ebola spread through climate change analysis, an autoimmune brain disorder linked to Zika virus, Zika virus sexual transmission, as well as new findings on fighting the virus with drugs.

Engineers at the University of Pennsylvania have developed a two-dollar Zika-detecting test. Although only the size of a can, it is a portable, nonelectrical device that only requires a saliva sample to detect if someone has the virus. Color-changing dye turns blue when the presence of the virus is detected.

Only highly sensitive laboratory equipment is approved at this time. However, the engineers say that for pregnant women and those waiting for a formal test and treatment, this could be a great diagnostic tool. Once a patient’s saliva sample is introduced into the cartridge, the test takes about 40 minutes to run.

The researchers demonstrated the test’s efficacy on their own saliva spiked with virus samples and it showed sensitivity equivalent to that of RT-PCR tests (tests that look at the RNA sequence of the virus itself and require delicate laboratory work). The engineers explained the design and efficacy of their test in a study published in the journal Analytical Chemistry.

Zika virus, dengue, and malaria risk is reduced once genetically modified mosquitoes are released in affected areas. The World Health Organization (WHO) gave a statement on deploying genetically modified mosquitoes stating, “Given the magnitude of the Zika crisis, WHO encourages affected countries and their partners to boost the use of both old and new approaches to mosquito control as the most immediate line of defense.”

“For genetically modified mosquitoes, the WHO Advisory Group has recommended further field trials and risk assessment to evaluate the impact of this new tool on disease transmission,” the statement continued.

Zika itself is generally mild, but complications have been seen in pregnant women as the Zika virus is associated with birth defects.

The statement went on to conclude, “If these presumed associations are confirmed, the human and social consequences for the over 30 countries with recently-detected Zika outbreaks will be staggering.”

Michael Bonsall, professor of mathematical biology at the University of Oxford and an adviser to a House of Lords committee, said. “We have a number of tools in our box and one of those that is being field-trialed at the moment for dengue is a [genetically modified] mosquito, which is essentially to release mosquitoes so that when they mate their offspring die in the larval stage. That has been tested in the field. It is exactly the same mosquito that spreads Zika. So it’s just a tool, it’s not the only thing we do, it is one of the things we do.”

“But we know from disease theory that we don’t necessarily have to eradicate mosquitoes from an ecosystem to have an affect on disease dynamics. As long as we suppress the population and make it smaller, below a threshold, it will have a big impact on the disease burden,” Bonsall explained.

The WHO believes that mosquito control is the most immediate line of defense against mosquito-transmitted illnesses. Continue reading… 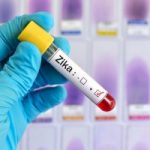 In areas of the world where cases of the Zika virus are prevalent, news of Guillain-Barre-like symptoms have been reported.

Some infectious disease specialists suggest that it is not a stretch to consider a link between the Zika virus and Guillain-Barre syndrome. So far there seems to be some case evidence. Columbia and Venezuela are two areas plagued by the mosquito-borne viral disease, and they have both had a jump in GBS cases. The Deputy Health Minister in Columbia recently reported 41 new cases of Guillain-Barre that appear to be linked to the Zika virus. Just a couple weeks earlier, there had only been about 12 cases of GBS. Venezuelan health officials are reporting about 255 cases of Guillain-Barre, but are concerned that number could increase if a link to the mosquito-borne disease is officially confirmed. This is because some officials in that country believe the number of Zika cases could rise as high as 40,000. Continue reading… 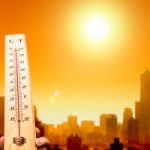 Researchers proposed a model that makes use of climate change, human population density, land cover change, and human mobility to detect instances of epidemic around the world. The researchers noted that zoonotic diseases adhere to a consistent pattern over time. The researchers suggested, “Of the component drivers, climate change and human population growth are predicted to have the largest effects by increasing landscape suitability for the host and human–host contact rates, while land-use change has only a weak impact on the number of future events.”

Their current model focuses on the effects of the Lassa fever virus in Africa, but the patterns they observed are also applicable to the rest of the world.

Professor Kate Jones explained, “Our model can help decision-makers assess the likely impact of any interventions or change in national or international government policies, such as the conversion of grasslands to agricultural lands, on zoonotic transmission.”

Furthermore, the current model can be used as a foundation for advanced prototypes and can take into account other risk factors, including travel infrastructures, human-to-human contact rates, and poverty to help predict future outbreaks. Continue reading… 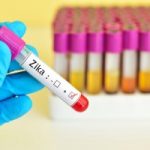 The autoimmune brain disorder, known as acute disseminated encephalomyelitis (ADEM), attacks the myelin in a manner similar to that occurring in multiple sclerosis. The myelin is a protective coating around nerves in the brain and spinal cord. Study author Dr. Maria Lucia Brito Ferreira said, “Though our study is small, it may provide evidence that in this case, the virus has different effects on the brain than those identified in current studies.”

“Much more research will need to be done to explore whether there is a causal link between Zika and these brain problems,” added Dr. Ferreira who will present the findings at the American Academy of Neurology in Vancouver, Canada. Continue reading…

Zika virus spreads through sexual contact and researchers have uncovered how this transmission occurs. The new findings can help develop targeted drugs to fight off Zika virus.
Lead researcher Shee-Mei Lok said, “This is exciting, as our structure will provide important clues to other researchers around the world who are working to find therapeutic agents against the Zika virus.”

For the study, researchers imaged the Zika virus under a cryo-electron microscope. The researchers used thousands images to reconstruct a high-resolution cryo-electron structure of Zika. This reconstructed virus showed that Zika’s overall virus architecture is similar to other flaviviruses, like West Nile or dengue. On the other hand, the researchers also found that Zika is more thermally stable than the dengue virus, and it is more structurally stable even when incubated at 40 degrees, which mimics fever patients.

Surface proteins of Zika virus have tighter interactions, compared to the dengue virus, adding to its stability. This may explain why Zika virus can survive in urine, semen, and saliva. Aside from Zika transmission through a mosquito bite, the virus is particularly resilient thanks to its structural stability, which helps explain how it can be transmitted through sexual intercourse. Other mosquito-borne viruses cannot be transmitted sexually.

The findings imply that possible treatment methods for Zika can work by weakening the structure of the virus, thus helping reduce illness severity and limiting its spread. Continue reading…