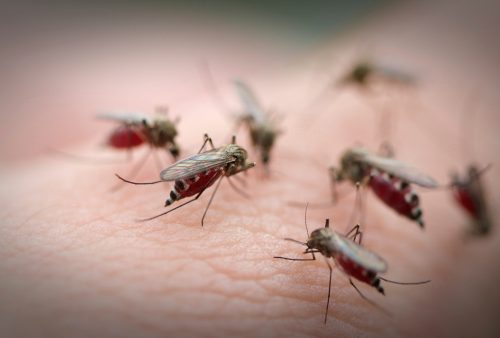 Zika virus, dengue, and malaria risk is reduced once genetically modified mosquitoes are released in affected areas. The World Health Organization (WHO) gave a statement on deploying genetically modified mosquitoes stating, “Given the magnitude of the Zika crisis, WHO encourages affected countries and their partners to boost the use of both old and new approaches to mosquito control as the most immediate line of defense.”

“For genetically modified mosquitoes, the WHO Advisory Group has recommended further field trials and risk assessment to evaluate the impact of this new tool on disease transmission,” the statement continued.

Zika itself is generally mild, but complications have been seen in pregnant women as the Zika virus is associated with birth defects.

The statement went on to conclude, “If these presumed associations are confirmed, the human and social consequences for the over 30 countries with recently-detected Zika outbreaks will be staggering.”

Michael Bonsall, professor of mathematical biology at the University of Oxford and an adviser to a House of Lords committee, said. “We have a number of tools in our box and one of those that is being field-trialed at the moment for dengue is a [genetically modified] mosquito, which is essentially to release mosquitoes so that when they mate their offspring die in the larval stage. That has been tested in the field. It is exactly the same mosquito that spreads Zika. So it’s just a tool, it’s not the only thing we do, it is one of the things we do.”

“But we know from disease theory that we don’t necessarily have to eradicate mosquitoes from an ecosystem to have an affect on disease dynamics. As long as we suppress the population and make it smaller, below a threshold, it will have a big impact on the disease burden,” Bonsall explained.

The WHO believes that mosquito control is the most immediate line of defense against mosquito-transmitted illnesses.

Another team of researchers found that malaria may be fought with genetically engineered mosquitoes. The researchers altered the DNA of mosquitoes so that they can fight and kill malaria inside of their own bodies, meaning the mosquitoes would be unable to transmit the illness to humans.

Malaria kills nearly 600,000 people annually, and if mosquitoes could internally destroy the virus such measure could put a large dent into the problem.

The researchers set to modify the malaria-spreading mosquitoes by inserting the genes that evoke an immune response to malaria in mice into the mosquito DNA. This enables the resulting mosquitoes to resist the infection.

The approach would not eradicate mosquitoes as some would suggest, but it simply creates a new strain of mosquitoes that do not pose harm to humans.

A previous study explored genetically modifying mosquitoes that transmit dengue fever, which is known to be a “bone breaker” as it causes excruciating pain in joints and bones.

The most successful case of genetically modified mosquitoes was witnessed in Brazil, where researchers were able to reduce the amount of disease-carrying mosquitoes by 95 percent.

The British biotech company Oxitec created a new male mosquito that looks the same to female mosquitoes, so when they reproduce they pass on the new DNA, which kills them before they are able to mate or pass on the disease.

In Brazil specifically, many mosquitoes are resistant to pesticides, so dengue has been a growing problem once again even though it was eradicated for nearly 20 years.

The researchers hope to scale up their efforts in larger areas as a means of reducing the spread of dengue.

As you can see, genetically modifying mosquitoes has its benefits in reducing the risk of Zika, malaria, and dengue, which are life-changing or even life-threatening viruses.

Chicago health authorities have stepped up their battle against West Nile virus after a batch of infected mosquitoes tested positive in the area. This is the fourth case found in the area since May. Within a month, another batch tested positive in Evergreen Park. These two episodes were then followed by a third positive testing in Evanston, and now Skokie. Continue reading…

Why you should avoid mosquito bites

Nothing can ruin your summer nights more than getting bit by mosquitoes. Not only do they leave your skin itchy and irritated, but mosquito bites can carry some serious illnesses. If up until now you’ve accepted them as inevitable, you may want to reconsider and work harder to avoid bites from those pesky insects as they can make you sick. Although the typical American mosquito is simply bothersome, if you find yourself traveling, foreign mosquitoes pack more than just a bite. Continue reading…