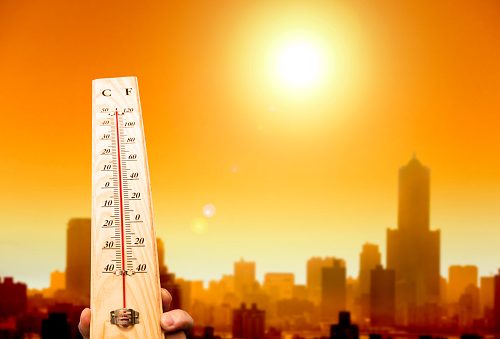 Researchers proposed a model that makes use of climate change, human population density, land cover change, and human mobility to detect instances of epidemic around the world. The researchers noted that zoonotic diseases adhere to a consistent pattern over time. The researchers suggested, “Of the component drivers, climate change and human population growth are predicted to have the largest effects by increasing landscape suitability for the host and human–host contact rates, while land-use change has only a weak impact on the number of future events.”

Their current model focuses on the effects of the Lassa fever virus in Africa, but the patterns they observed are also applicable to the rest of the world.

Professor Kate Jones explained, “Our model can help decision-makers assess the likely impact of any interventions or change in national or international government policies, such as the conversion of grasslands to agricultural lands, on zoonotic transmission.”

Furthermore, the current model can be used as a foundation for advanced prototypes and can take into account other risk factors, including travel infrastructures, human-to-human contact rates, and poverty to help predict future outbreaks.


The link between Zika and climate change

Since 2011, the Aedis aegypti – the mosquito responsible for Zika and other illnesses – has been living in Washington D.C. and reproducing each summer. It’s been previously believed that this type of mosquito could not survive living this far north, and yet it is thriving year by year.

Current outbreaks of Zika virus are mainly in the South America and Africa, but there is a growing threat of it spreading into the southern U.S. states. This is because the rising temperatures worldwide allow for these pesky insects to thrive in areas they wouldn’t be able to survive before.

Last year’s analysis of mapped mosquitoes found that the insects are now widely distributed – more than ever.

Paul Epstein stated in a research paper, “Warming of their environment—within their viable range—boosts their rates of reproduction and the number of blood meals they take, prolongs their breeding season, and shortens the maturation period for the microbes they disperse.”

How climate change affects the spread of zoonotic disease is still not clear. One paper written by researchers at the University of Arizona stated, “Climate influences dengue ecology by affecting vector dynamics, agent development, and mosquito/human interactions. Although these relationships are known, the impact climate change will have on transmission is unclear.”

Even the World Health Organization has suggested that climate change may be to blame for possible Zika virus entering the U.S. and spreading. They suggested that a warming of even one to two degrees is enough to put seven percent of people – seven hundred million worldwide – at risk for mosquito-borne illnesses.

Mona Sarfaty, the director of George Mason University’s Center for Climate Change Communication, said, “There is a general need for more studies of the linkages between ecological health, animal health, and human health in addition to the very specific and urgent need to learn more about Zika virus.”

50 U.S. cities estimated to be at risk for Zika virus

An estimated 50 U.S. cities may be at risk for Zika virus as temperatures continue to rise. States and cities at the highest risk are Florida, Phoenix, New York City, and Louisiana. Despite such predictions, however, the researchers are not convinced that the U.S. will see a Zika outbreak as large as it is currently in Brazil or even in Puerto Rico.

As of now, the U.S. government has approved one billion dollars in spending against Zika virus to address any possible outbreak and to conduct additional research on the virus.

Thanks to the Zika virus, mosquito-borne diseases that were once a rarity in the United States are making the headlines a bit too often for comfort in the country. In an effort to curb the spread of the virus, and prevent a Zika epidemic, researchers from the centers for Disease Control and Prevention (CDC) are collaborating with a team from Colorado State University. Continue reading…

Ebola virus persists for up to nine months after recovery, musculoskeletal and neurological disorders higher among survivors

Ebola virus persists up to nine months after recovery, and the rate of musculoskeletal and neurological disorders is higher among survivors. The findings come from the PostEboGui program, which has been conducted since November 2014 in Guinea and studied a cohort of over 700 adults and children who survived Ebola. Continue reading…