Home » General Health » Ebola virus persists for up to nine months after recovery, musculoskeletal and neurological disorders higher among survivors 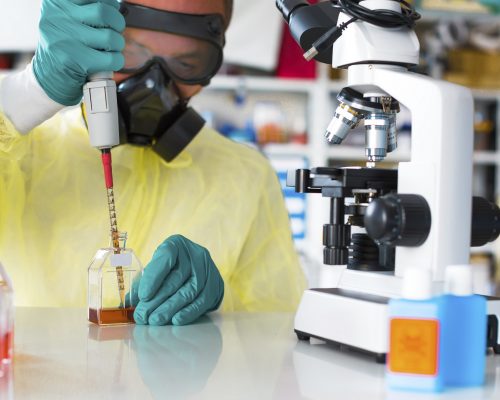 Ebola virus persists up to nine months after recovery, and the rate of musculoskeletal and neurological disorders is higher among survivors. The findings come from the PostEboGui program, which has been conducted since November 2014 in Guinea and studied a cohort of over 700 adults and children who survived Ebola.

The researchers followed the first 450 patients from the PostEboGui for one year, and took specimens like tears, saliva, semen, and vaginal fluids. The researchers aimed to detect Ebola in the fluid samples.

Ebola was detected in 10 specimens from eight men for up to nine months after recovery. The researchers also noted the persistence of Ebola in semen tends to decrease over time.

The researchers stress the importance of monitoring survivors to reduce the risk of a future outbreak.

In 2016, the research efforts include FORCE, which is a therapeutic trial conducted in men who show traces of the virus in their semen, ContactEboGui – a project that monitors people who have come into contact with others still infected by the virus but declared cured – and Reservoir, which is focused on the source of the outbreak, particularly in animal reservoir for the virus.


Ebola survivors have a high burden of musculoskeletal and neurological complications

Preliminary findings from the PREVAIL III study have uncovered that Ebola survivors have a high burden of musculoskeletal and neurological complications. The study enrolled 1,049 Ebola survivors and 1,034 close contacts. Survivors were enrolled in the study after one year of experiencing the symptoms

Investigators found that 60 percent of survivors experienced eye problems, 53 percent experienced musculoskeletal problems, and 68 percent had neurological difficulties. Close contacts who were exposed to the virus but did not contract it also reported similar problems, but with lesser frequency.

Male semen samples were analyzed from 97 males. Thirty-eight percent of them still had traces of Ebola in their semen. Many close contacts reported sexual activity with survivors, which raises the risk of Ebola transmission through sexual intercourse as reportedly condoms were seldom used. So far, there have been no reported cases of sexually transmitted Ebola, but the risk exists nevertheless.

Since the outbreak of Ebola in Africa in early 2015, scientists are still working on vaccines and treatments to prevent it from happening again. Physicians in the United Kingdom have developed an antiviral treatment that may help protect humans from the Ebola virus. Continue reading…

In what the World Health Organization (WHO) sees as an extremely promising development, an interim analysis of the Guinea Phase III efficacy vaccine trial shows that VSV-EBOV (Merck, Sharp & Dohme) is highly effective against Ebola. Continue reading…