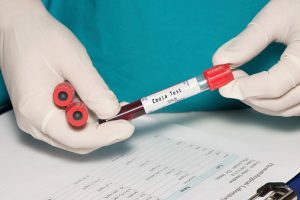 Since the outbreak of Ebola in Africa in early 2015, scientists are still working on vaccines and treatments to prevent such an occurrence from happening again. Physicians in the United Kingdom have developed an antiviral treatment which may help protect humans from the Ebola virus.

After a 42-day follow up, all eight healthcare workers did not develop Ebola nor was it found in their blood. Those who received treatment did not experience any significant adverse side effects.

Lead author of the research, Dr. Michael Jacobs, said, “It is possible that none of these healthcare workers were infected with Ebola virus. Therefore, we cannot know for sure whether or not post-exposure prophylaxis prevented the onset of Ebola-virus disease.”

Healthcare workers in Africa have a high risk of exposure to the Ebola virus. Among the 27,862 cases, 880 of them were healthcare workers. Until now there were no clear guidelines for reducing exposure risk, nor were there results of the effectiveness of PEP on humans.

Dr. Jacobs added, “We are excited to publish the first report of an antiviral-based post-exposure treatment against Ebola-virus infection in humans. We believe this work justifies further study of this post-exposure treatment to protect healthcare workers accidentally exposed to Ebola virus in the field. What is more, a similar approach to treat household contacts of Ebola cases may work to prevent a major route of spread during an epidemic.”

According to authors of the study, guidelines for transmission risk should be implemented immediately and post-exposure management should be developed and adopted.

The Ebola virus presents itself like a flu or cold, with symptoms including fever, muscle pain, fatigue, headache and sore throat. Ebola can be transmitted only upon the appearance of symptoms – when a person is deemed infectious. Ebola infects humans through blood, secretions and bodily fluids.

The findings were published in The Lancet Infectious Diseases.