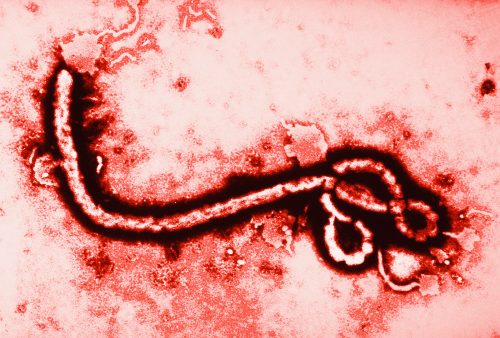 In what the World Health Organization (WHO) sees as an extremely promising development, an interim analysis of the Guinea Phase III efficacy vaccine trial shows that VSV-EBOV (Merck, Sharp & Dohme) is highly effective against Ebola.

Preliminary results of these analyses are published in The Lancet.

Though the vaccine has shown 100% efficacy in individuals until now, its capacity to protect populations through what is called “herd immunity,” needs to be confirmed. In fact, the Data and Safety Monitoring Board, an independent body of international experts, advise that the clinical trial should continue. And the Guinean national regulatory authority and ethics review committee have approved continuation as well.

So far, thousands of volunteers from Conakry and other areas of Lower Guinea, many Guinean doctors, data managers and community mobilisers have contributed to developing an effective vaccine against the terrible disease.

Dr. Margret Chan, Director General of the WHO praised the Guinean Government, the people living in the epidemic communities and the other partners in this project. According to her, an effective vaccine will be another very important tool for both current and future Ebola outbreaks.

The ongoing trial began in affected communities on March 23, 2015. To see how safe and effective a single dose of the VSV-EBOV vaccine can be, the researchers adopted the ring vaccination strategy. In this method, all people who come into contact with an infected person get vaccinated.

In this way a protective “ring” is created to stop the virus from spreading further. To date, more than 100 Ebola patients and more than 4,000 close contacts of the patients have been vaccinated. To close the ring everyone, from family members, co-workers, even friends and neighbors, have participated in the trial.

In addition to the ring vaccination, the researchers also conducted a trial of the same vaccine on frontline workers. As Bertrand Draguez, Medical Director at Médecins sans Frontiers (MSF), said: “In an effort to take care of sick people, these people have worked tirelessly and put their lives at risk every day. If the vaccine is effective, then we are already protecting them from the virus

The researchers said they want to use the positive outcome of this multi-organization study to develop a global R&D preparedness framework. Their aim is simple: To be prepared to act quickly and efficiently to develop and use medical tools and prevent a large-scale tragedy in the event of the next major disease outbreak.

Their thoughts and feelings are echoed by Marie-Paule Kieny, Assistant Director-General who leads the Ebola Research and Development effort at WHO. She said the urgency of saving lives can accelerate R&D. “Let’s hope this record-breaking work opens up new avenues and strategies in health R&D,” said Kieny.

The trial is being implemented by the Guinean authorities, WHO, MSF, and the Norwegian Institute of Public Health, with support from a broad partnership of international and national organizations.