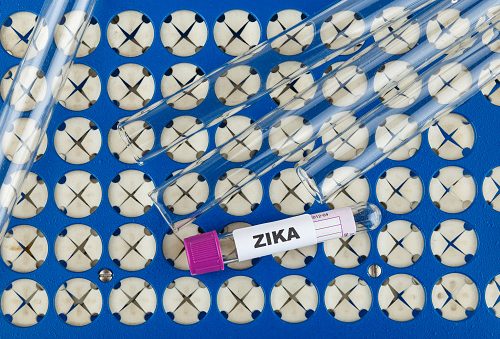 Thanks to the Zika virus, mosquito-borne diseases that were once a rarity in the United States are making the headlines a bit too often for comfort in the country. In an effort to curb the spread of the virus, and prevent a Zika epidemic, researchers from the centers for Disease Control and Prevention (CDC) are collaborating with a team from Colorado State University. Citing the emerging threats of dengue, chikungunya, and Zika Virus diseases, the team is calling for greater and more sustained efforts to systematically map the presence of the mosquitoes carrying these illnesses.

In a timely article published in the Journal of Medical Entomology the team mentions that the best way to strengthen mosquito surveillance, control their capacity, and help predict the future spread of these important mosquito borne diseases, is to maintain accurate and up-to-date records for the geographical ranges of the aedes mosquitoes, particularly A. aegypti and A. albopictus

As part of the study, John-Paul Mutebi of the CDC and his colleagues analyzed data on the spread to the above mentioned mosquito species over the past 21 years. The data reveals that, over the past two decades, these species have expanded their ranges in the U.S. Originally found primarily in the southwest and south east areas, they have now moved North to the mid-Atlantic states as far north as New England.

However, as the data collection is not systematic, Mutebi believes the knowledge of the distribution of Aedes aegypti and Aedes albopictus in the United States is not up-to-date.

It’s unfortunate because diseases like dengue, chikungunya, and dengue are becoming more prevalent in the United States. Chikungunya can cause muscle pain, debilitating joint pain, and fever. The disease, which has no cure, can cause worrisome problems not only for victims but for those who care for them.

According to Mutebi, the chikungunya virus can cause explosive epidemics that can overwhelm the health system. But it is not the only such virus. The virus causing dengue is just as explosive.

Conditions conducive to dengue transmission exist in the United States, and outbreaks that have occurred over the past decade in Texas, Hawaii, and Florida, can happen again if we do not step up our fight against mosquitoes.
Mutebi calls the process of controlling the spread of Aedes aegypti and Aedes albopictus “environmental sanitation.” It is a simple case of see problem, remove problem. As these mosquitoes breed in stagnant water in artificial containers — like tires, cans, and bottles — removing these offending items is a step in the right direction.

Another interesting way of combatting the spread of these diseases is with the help of the Wolbachia Bacteria. It has been noted that Aedes mosquitoes carrying these bacteria are drastically less able to transmit Zika virus,

The trend of inserting these bacteria into Aedes eggs was first done to piloted to control Dengue virus transmission. The researchers noted that the bacterium is a sustainable control agent as it is passed on from mother mosquitoes to offspring.

Dengue and Zika belong in the same family of viruses, so with the Brazilian Zika outbreak threatening to spread, the logical idea was to test the mosquitoes carrying Wolbachia by challenging them with Zika virus.

As the infrastructure is already in place, it made sense to make the most of it.

The test was hugely successful. The researchers reported that Aedes aegypti with the injected Wolbachia bacteria are highly resistant to the Zika virus isolates from the recent Brazilian epidemic. The researchers also noted that the

Wolbachia-harboring mosquitoes did not carry infectious virus in the saliva, suggesting that viral transmission was blocked.

The team is very excited about the study and believes the results from their study might point an effective way to reduce Zika virus transmission.

Zika virus cases in Florida have exceeded 100, new cases have been reported in New York City, so mosquito bite prevention is critical to stop the spread. So far the Centers for Disease Control and Prevention has reported 591 travel-associated cases of Zika virus in the U.S., with 121 in Florida and 127 in New York. Continue reading…