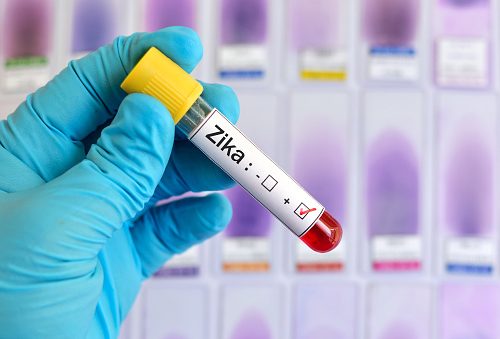 Much of the world’s attention has been on the mosquito-borne disease Zika, and now medical experts believe the Zika virus could be linked to Guillain-Barre syndrome or, as some simply call it, GBS.

Guillain-Barre syndrome is a rare, yet serious autoimmune disorder. According to medical officials at the Mayo Clinic, when someone gets GBS, their body’s immune system attacks their nerves. This can lead to weakness, numbness, and tingling. In some cases, it can even lead to paralysis. Normally, GBS occurs after an infectious illness, such as the flu or a lung infection.

The National Institute of Neurological Disorders and Stroke estimates that Guillain-Barre syndrome impacts about one in 100,000 Americans.

Although there is no cure for GBS, it can be treated, even in severe cases, where a person has to be hospitalized.

In areas of the world where cases of the Zika virus are prevalent, news of Guillain-Barre-like symptoms have been reported.

Some infectious disease specialists suggest that it is not a stretch to consider a link between the Zika virus and Guillain-Barre syndrome. So far there seems to be some case evidence. Columbia and Venezuela are two areas plagued by the mosquito-borne viral disease, and they have both had a jump in GBS cases. The Deputy Health Minister in Columbia recently reported 41 new cases of Guillain-Barre that appear to be linked to the Zika virus. Just a couple weeks earlier, there had only been about 12 cases of GBS. Venezuelan health officials are reporting about 255 cases of Guillain-Barre, but are concerned that number could increase if a link to the mosquito-borne disease is officially confirmed. This is because some officials in that country believe the number of Zika cases could rise as high as 40,000.

We know that Zika is a mosquito-borne viral disease, but when it comes to the causes of Guillaine-Barre syndrome, there could be several possibilities. Scientists understand that with GBS the body’s immune system attacks the body itself. It destroys what is known as the “myelin sheath,” which surrounds nerves. As a result, the nerves cannot transmit signals efficiently. This is the reason muscles become weak and other symptoms, such as tingling, arise.

Many people who get Guillain-Barre syndrome develop it shortly after becoming sick with a virus or respiratory infection, which suggests that it is triggered by an improper immune system response to the previous virus.

Here are some examples of triggers:

Guillain-Barre syndrome risk factors include sex and age. If you are a male or if you are an older adult, you are at a higher risk of getting GBS. 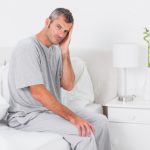 Guillian-Barre syndrome symptoms can vary from person to person, but normally the first sign of GBS is a tingling feeling in the toes, feet, and/or legs. This tingling sensation can spread upward to the arms and fingers. The symptoms tend to progress quickly. There are cases where the condition can go from mild to serious in a matter of a few hours. Below is a list of some of the typical Guillain-Barre symptoms.

When symptoms become severe, it is important to seek medical attention.

While there is no immediate treatment for GBS, there is Guillain-Barre syndrome treatment. These treatments can lessen the severity of the symptoms and help people recover a lot quicker.

Plasma exchange is one treatment. During plasma exchange, the liquid portion of your blood is removed and separated from blood cells. The blood cells are put back into your body and make more plasma to replace what has been removed. This gets rid of certain antibodies that might contribute to the immune system attacking the nerves.

Immunoglobulin therapy is another form of GBS treatment. Immunoglobulin that consists of healthy antibodies from blood donors is given through veins. High doses can block the damaging antibodies that might contribute to Guillain-Barre syndrome.

Guillaine-Barre syndrome treatment can also include medications to relieve pain, as well as prevent blood clots that develop while the patient is immobile. Some physical therapy may take place during recovery to help muscles remain flexible and help the patient regain strength.

There are other diseases caused by mosquitoes, but right now the Zika virus is getting the most attention. At the beginning of February, the World Health Organization declared the Zika virus a “public health emergency of international concern.” Now scientists around the globe are looking at ways to combat it, as well as how to best treat what appear to be GBS symptoms that are occurring along with it.

Experts predict Zika virus will travel to the Southern U.S.

Experts predict that Zika – a mosquito-borne virus – will travel to the Southern U.S. Although experts are not sure when the virus may spread, they are certain that it is only a matter of time that the birth-defect illness will make its way into America.

The Centers for Disease Control and Prevention (CDC) have already introduced travel warnings to the countries affected by the Zika virus, especially for pregnant women who are at highest risk. Continue reading…

The U.S. Ob-Gyn group supports the Zika virus travel precautions set out to protect pregnant women from traveling to countries stricken by the Zika virus. Pregnant women are at high risk of contracting the Zika virus, which can lead to birth defects. Countries affected include Central and South America and the Caribbean.

In Brazil last year thousands of babies were born with microcephaly, a brain disorder linked to the Zika virus. Babies born with this condition have abnormally small heads, which can lead to developmental issues, even early death. Continue reading…