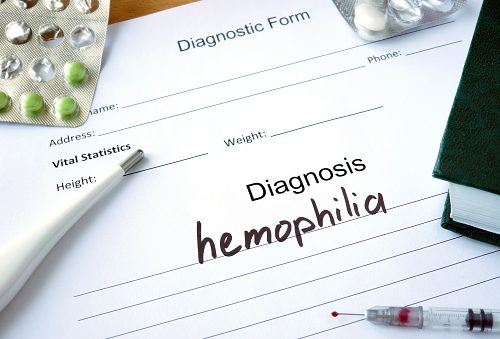 Sunday, April 17, 2016 is the World Hemophilia Day, which raises awareness about hemophilia, a condition characterized by prolonged bleeding. Other blood-related issues are also discussed during World Hemophilia Day, including Christmas disease, migraine with aura, and other blood disorders. Here is a roundup of Bel Marra Health’s top articles discussing hemophilia and other blood diseases.

Hemophilia, a disorder that makes it difficult for the body to control blood clotting, can increase the risk of joint diseases and bleeding into joints.

For some time now, doctors who treat people for hemophilia have noticed that adults with severe cases of the blood clotting disorder experience joint diseases. They say this is happening due to repeated bleeding into the joints. What is particularly upsetting, in some cases, the damage that can take place after a hemophilia joint bleed can be permanent.

About 20,000 American men have hemophilia. While women can get the disorder, it is rare in the female population. Right now, there is no cure for hemophilia. Hemophilia and joint pain can make life miserable for some sufferers.

Joint damage due to hemophilia is much the same as joint damage experienced by people who suffer from arthritis. The hemophilia joint damage happens in the cartilage and the synovium around the bones. The synovium is a lining that lubricates the joint and removes the debris from the joint. There are blood vessels in the synovium, so that’s why bleeding into joints is common in people who have this disorder. When there is blood in the joints, the snynovium tends to absorb it. Since blood has iron in it, the lining gets thicker. As the synovium thickens, it contains more blood vessels. Scientists believe it causes more bleeding as a result.

During bleeding, enzymes from the synovium, which is swollen, start to destroy cartilage around the bones. As a result, you can get bone rubbing on bone, which can be very painful. As joint bleeding continues, movement may become restricted in a particular area. Continue reading… 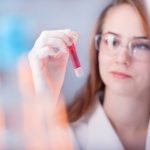 Hemophilia B, or what some call Christmas disease, is a rare genetic blood disorder that some experts say could be treated by a new gene therapy.

If someone has Christmas disease, their body produces little or no blood-clotting factor IX. This leads to spontaneous or prolonged bleeding. The less factor IX the body produces, the worse the symptoms will be. Sadly, hemophilia B can be fatal.

So why is it called Christmas disease? It was, in fact, named after the person who was first diagnosed with the condition back in 1952, Stephen Christmas. Today, we know it as the second most common form of hemophilia, with hemophilia A following behind.

Although most people refer to it as Christmas disease and hemophilia, there are others who know it as the royal disease. As history indicates, one of Queen Victoria’s sons fell down the stairs back in 1884, and while he suffered only a few bumps and bruises, they learned that Prince Leopold had hemophilia – his blood would not clot. Continue reading… 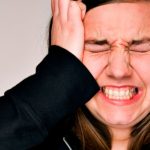 Two 2013 studies found that women who experience migraines with aura – headaches accompanied by visual disturbances – have a greater risk of heart attack and blood clots. The first study revealed that migraine with aura largely contributes to cardiovascular events and stroke, and the second study looked at women’s use of hormonal contraceptives and the risk of blood clots.

The first study looked at 27,860 women of which 1,435 suffered from migraines with aura. During a 15-year follow-up period, 1,030 cases of heart attack, stroke, or death were reported all from a cardiovascular cause.
Study author Tobias Kurth said, “After high blood pressure, migraine with aura was the second strongest single contributor to risk of heart attacks and strokes. It came ahead of diabetes, current smoking, obesity, and family history of early heart disease.”

Kurth advises that although there is increased risk, women suffering from migraines with aura should work to address other risk factors that contribute to cardiovascular disease, including physical activity levels, smoking, and blood pressure.

Women with migraines with aura were more likely to develop blood clot complications when using hormonal contraceptives, compared to the women with just migraines. “Women who have migraine with aura should be sure to include this information in their medical history and talk to their doctors about the possible higher risks of newer contraceptives, given their condition,” said study author Shivang Joshi. Continue reading… 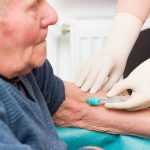 Researchers from the Indiana University School of Medicine treated 106 low-risk patients diagnosed with deep vein thrombosis or pulmonary embolism. Typically, these patients are treated with an injectable anticoagulant, monitored for a few days, and released. Usually, treatment involves heparin, which is injected, or warfarin taken orally. They are later monitored for dosages to prevent additional issues.

In the study, patients were treated with rivaroxaban, which does not require blood monitoring. Follow-ups were conducted at two and five weeks, and later at three and six months. Heparin and warfarin require weekly follow-ups.

Study author Jeffrey A. Kline suggests this new low-risk treatment improves the quality of life for patients by allowing them to return home quicker.

“Treating patients at home for blood clots was found to have fewer errors than the standard of care and better outcomes,” he said.

“Patients have to be taught to give themselves injections and it scares them to death. Almost everyone has taken a pill so there is no learning curve for patients.” The study was published in Academic Emergency Medicine. Continue reading… 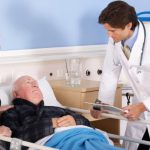 The risk of deadly venous thromboembolism (VTE) remains a huge concern for health authorities as many health care providers aren’t following recommended procedures, said researchers.
VTE, which is the most common cause of preventable death in healthcare settings, can either be in the form of coagulated (clotted) blood in peripheral veins or pulmonary embolism (PE), where the clots travel to the lungs. VTE prophylaxis can help prevent these clots from forming and reduce mortality by as much as 80 percent.

A recent study published in the Canadian Journal of Cardiology shows that education about VTE prophylaxis notwithstanding, many patients did not receive the recommended treatment.

In each set analysis, three independent groups consisting of one physician and one non-physician healthcare provider each reviewed the data. In the first set of data, the patient charts of 173 patients considered at high risk for VTE were evaluated. In the second set of data, the same was done for 247 patients. Continue reading…