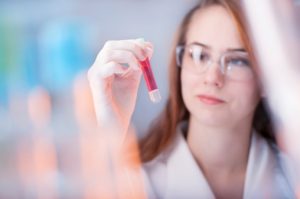 Hemophilia B, or what some call Christmas disease, is a rare genetic blood disorders that some experts say could be treated by a new gene therapy.

So why is it called Christmas disease? It was in fact named after the person who was first diagnosed with the condition back in 1952, Stephen Christmas. Today we know it as the second most common form of hemophilia, following behind hemophilia A.

Although most people refer to it as Christmas disease and hemophilia, there are others who know it as the royal disease. As history indicates, one of Queen Victoria’s sons fell down some stairs back in 1884, and while he suffered only a few bumps and bruises, they learned that Prince Leopold had hemophilia – his blood would not clot.

New gene therapy for hemophilia B could be safe and effective 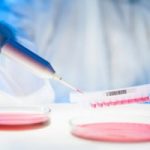 According to a group of researchers involved in an ongoing study through the University of North Carolina School of Medicine, a new type of gene therapy for the Christmas disease blood disorder could be safe and effective for humans.

At this point, the researcher’s work shows that a reprogrammed retrovirus could successfully transfer new factor IX genes into animals with hemophilia B to decrease spontaneous bleeding. To date, this blood disorder therapy has proven to be safe, and the researchers are calling the results “stunning.”

The idea behind the gene therapy is that doctors would give patients a one-time dose of new clotting genes instead of a lifetime of injections. It’s a therapy that could not only provide a solution to a life-long condition, but experts say it has the potential to save money. Another advantage is that the new gene therapy uses what is referred to as “lentiviral vectors.” Most people do not have antibodies that reject these vectors.

In clinical studies, about 40 percent of participants screened for a different viral vector, known as “adeno viral vector” have antibodies that don’t allow them to enter trials for hemophilia gene therapy. This means that more people could potentially benefit from the “lentivirus” gene therapy.

Causes and symptoms of hemophilia 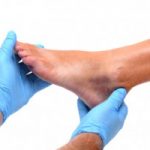 As far as medical science can tell, hemophilia B or Christmas disease is caused by changes in factor IX gene. This gene is situated on the X chromosome, which is why we have been able to say there is a hereditary link. Still, in about 30 percent of new hemophilia B cases, this change in the gene takes place without there being a family history.

Medical scientists know that the factor IX gene has instructions within it for creating a special protein. Mutations on the gene can lead to deficient levels of this protein. The symptoms of bleeding that are associated with hemophilia B take place because of this deficiency.

Christmas disease symptoms are different for each sufferer. The blood disorder can produce mild, moderate or severe reactions. In a mild case, Christmas disease symptoms may include bruising and bleeding after surgery, dental procedures or an injury. Those with moderate hemophilia B may have occasional episodes of spontaneous bleeding from deep tissues, including joints and muscles. These individuals are at risk of prolonged bleeding following trauma or surgery. When it comes to severe cases, frequent, spontaneous bleeding can occur.

Here are some typical Christmas disease symptoms that physicians encounter: 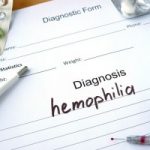 If you are a female with a family history of the Christmas disease, you can get genetic testing. It is 99 percent accurate in detecting the mutated gene.

It is important to note that even if a daughter were to inherit the hemophilia gene from her mother, it does not mean that she is destined to get the blood disorder. She could still inherit a healthy X chromosome from her father and not get hemophilia. A daughter who inherits an X chromosome with hemophilia is called a carrier, but it is extremely rare for females to get the disease. It occurs in one in 20,000 newborn males worldwide. 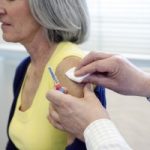 Unfortunately, there is no cure for the condition we know as Christmas disease and hemophilia B. It is extremely important to treat all blood disorders, including this one.

Hemophilia B can be treated with injections to help slow the bleeding. Factor IX is taken from donated human blood for use in the injections. Laboratory produced factor IX can also be used. There are also special products that can be applied to wounds to stop bleeding. Large wounds and internal bleeding require immediate medical intervention.

Preventative treatment is also important. If someone has severe hemophilia B Christmas disease, they just may need preventative blood transfusions to avoid problems associated with prolonged bleeding. People who decide to go this route should also receive a vaccination for hepatitis B. This is due to the fact that blood transfusions can potentially carry the hepatitis virus.

Christmas disease may sound scary, especially if you are hearing about it for the first time during the holiday season, but life as a hemophiliac can be much like the life of any healthy person; it just involves taking a few extra precautions. For instance, people with hemophilia B who do not feel well should not be taking any product that contains aspirin, ibuprofen or naproxen sodium. Medications like this make all of us bleed for a longer period of time, so you can imagine how bad it could be for someone with this blood disorder to take those drugs.

Children love to play, but if they have hemophilia, then contact sports can be dangerous. Exercise is important and encouraged, so discuss what sports and activities are best with a doctor first. He or she may recommend swimming, cycling and running, as opposed to hockey and football.