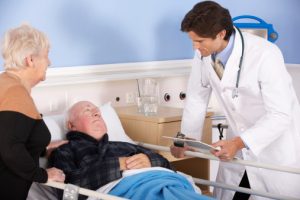 VTE, which is the most common cause of preventable death in healthcare settings, can either be in the form of coagulated (clotted) blood in peripheral veins, or pulmonary embolism (PE), where the clots travel to the lungs.  VTE prophylaxis can help prevent these clots form forming and reduce mortality by as much as 80 percent.

A recent study in the Canadian Journal of Cardiology, shows that, education about VTE prophylaxis notwithstanding, many patients did not receive the recommended treatment.

In each set analysis, three independent groups consisting of one physician and one non-physician healthcare provider each, reviewed the data. In the first set of data, the patient charts of 173 patients considered at high risk for VTE were evaluated. In the second set of data, the same was done for 247 patients.

The results of the study were not very encouraging. Before the educational efforts, 36 percent of all patients considered at risk for VTE did not receive prophylaxis. Three months after the program was initiated, the recommended guidelines for VTE prophylaxis were not being adhered to in 21 percent. Two months later that number rose to 28 percent.

To shed some light on why VTE prophylaxis was receiving such low priority, lead investigator Colette Seifer, Associate Professor, Department of Internal Medicine, University of Manitoba said the problem lies with the inpatient teaching model. “It involves a single time point intervention,” said Seifer. “As there is a high turnover of senior and junior physicians as well as nursing staff, the communication is not enough to result in a sustained improvement in VTE prophylaxis rates.”

The researchers conclude that the rate of noncompliance with accepted guidelines for the prevention of VTE is very high. While there was a significant increase in compliance, with the introduction of a guideline-based protocol, a substantial proportion of high-risk VTE patients still did not receive prophylaxis. The investigators suggest that the introduction of electronic patient records and innovative software programs, automated alerts and checklists can help improve compliance rates.