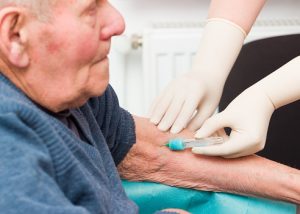 Indiana University School of Medicine researchers treated 106 low-risk patients diagnosed with deep vein thrombosis or pulmonary embolism. Typically these patients are treated with an injectable anticoagulant, monitored for a few days and released. Usually, treatment involves heparin, which is injected, or warfarin taken orally. They are later monitored for dosages to prevent additional issues.

In the study, patients were treated with rivaroxaban which does not require blood monitoring. Follow-ups were conducted at two and five weeks, and later at three and six months. Heparin and warfarin require weekly follow-ups.

Study author Jeffrey A. Kline, suggests this new low-risk treatment it improves quality of life for patients by allowing them to return home quicker.

“Treating patients at home for blood clots was found to have fewer errors than the standard of care and better outcomes,” he said.

“Patients have to be taught to give themselves injections and it scares them to death. Almost everyone has taken a pill so there is no learning curve for patients.”

The study was published in Academic Emergency Medicine.