Home » General Health » Why You Should Eat More Seafood 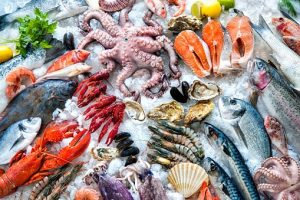 Oysters are often hailed as an aphrodisiac – a food that puts you in the mood. Some people believe this while others don’t, but there is some truth behind it. In fact, the majority of seafood can help boost your libido because of the nutritional content.

You see, the variety of seafood contains the right nutrients to boost libido, fertility, and sexual function, which makes it a great food to consume to maintain a healthy sex life.

Researcher Audrey Gaskins explored the benefits of seafood, fertility, and sexual health, and explained, “Our study suggests seafood can have many reproductive benefits, including shorter time to pregnancy and more frequent sexual activity.”

“Our study found that couples who consume more than two servings of seafood per week while trying to get pregnant had a significantly higher frequency of sexual intercourse and shorter time to pregnancy,” she continued.

The findings suggest that it is not only women who benefit from seafood but men too. As a couple, you should be finding ways to incorporate more seafood into your diet for improved sexual health.