The week’s news roundup presents stories about multiple sclerosis, fibromyalgia, Lyme disease, rheumatoid arthritis, and walking pneumonia. This week, we compared fibromyalgia with chronic fatigue syndrome, revealed how Lyme disease may be detected through a urine test, learned that rheumatoid arthritis doesn’t increase the risk of cardiovascular events or death after surgery, and discussed the symptoms, causes, and treatment of walking pneumonia.

In case you missed these recent post, you can easily catch up by following the links below. 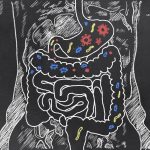 Lead author Professor Helen Tremlett said, “While these findings are preliminary, they are intriguing. We also observed some similarities between our findings and other emerging gut microbiota studies in multiple sclerosis. Whether these indicate a ‘gut signature’ of multiple sclerosis or of broader autoimmune disease remains to be determined. We also found differences in the gut microbiota composition between those children taking a disease-modifying drug for their disease, compared with those who were not. This finding warrants further study.” Continue reading… 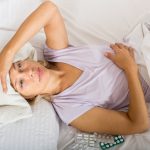 It’s easy to say that there are definitely similarities between fibromyalgia and chronic fatigue syndrome, and some patients may even have both conditions together. But to avoid any confusion we will outline those key differences in symptoms, causes, and treatment in order to provide you with a better understanding of both. Continue reading… 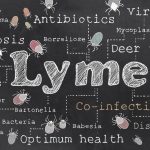 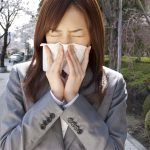 Walking pneumonia (atypical pneumonia) is a type of pneumonia, an illness that affects the upper and lower respiratory tract. The term walking pneumonia comes from the fact that many patients who have the condition don’t even realize it because their day-to-day living is not affected. Walking pneumonia does not involve hospitalization or bed rest as other types of pneumonia do, but still requires treatment to prevent complications.

There are three main types of walking pneumonia:

Mycoplasma pneumonia: A typically mild type caused by mycoplasma bacteria. Symptoms are similar to those of a cold or flu, and patients are rarely hospitalized with this type of pneumonia. In some cases, mycoplasma pneumonia can result in complications that require treatment.

Legionella pneumonia: Caused by Legionella pneumophila bacteria, this type is not spread person to person, unlike other types of pneumonia. This is a more serious type of walking pneumonia, and can result in respiratory failure and death. Continue reading… 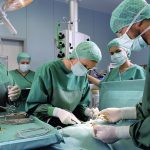 Dr. Alparslan Turan and the research team wrote, “We expected to find an increased risk of cardiovascular, thromboembolic, and microcirculatory complications in RA patients. Our results did not support this association.”

The researchers used a large hospital database where they identified two groups of patients who underwent surgery. Each group consisted of 67,000 patients. One group had rheumatoid arthritis and the other did not. The researchers compared rates of cardiovascular complications along with thromboembolic (blood clot-related) complications, microcirculatory complications, wound-healing problems, or death in hospital.

Generally, patients with rheumatoid arthritis have higher overall mortality rates due to an increased risk of cardiovascular events. Those associations raised concerns that their risk may come as a result of postoperative complications.

During surgery, the pro-inflammatory response is triggered, which could contribute to postoperative risks. But the new study found little to no association with a higher risk of cardiovascular complications after surgery in rheumatoid arthritis patients. Dr. Turan concluded, “This result is surprising since RA provokes substantial persistent inflammation, which is believed to cause premature development of atherosclerosis, along with venous and arterial thromboembolism.” Continue reading…