Home » Health News » Your cat’s litter box could be a source of toxoplasmosis and bouts of rage. 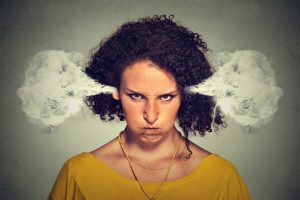 According to a recent study, a parasite found in cat feces and undercooked meat could cause a condition called toxoplasmosis. The researchers believe that affected people frequently experience explosive bouts of rage. In fact, people experiencing intermittent explosive disorder (IED) are more than twice as likely to carry Toxoplasma gondii, the parasite that causes toxoplasmosis.

The most common sign of IED is impulsive and recurrent outbursts of physical or verbal aggression that are disproportionate to the cause. People with IED have a short trigger, and when they’re threatened by something, they blow up.

As many as 16 million Americans are affected by IED. That’s more than the number of people suffering from bipolar disorder and schizophrenia, combined.

A relatively harmless parasitic infection, toxoplasmosis is quite a common infestation. In fact, about 35% of all humans have been infected with this parasite at some point in their lives. The people most susceptible to a severe toxoplasmosis infection are newborns and people with compromised immune systems. The infection can cause damage to the eyes, brain, and other organs. In some cases, even healthy carriers can be affected by the parasite.

For the study, the researchers recruited 358 adults. The participants were split into three groups – the first group included people with intermittent explosive disorder (IED), the second group included people with a psychiatric disorder but not IED, and the third group – which was the control group – had healthy individuals with no mental illness.
At the end of the study, the researchers found that 22 percent of the people with IED tested positive for toxoplasmosis exposure, against 16 percent of the group with other psychiatric disorders, and just nine percent of the healthy control group.

The study also showed that toxoplasmosis-positive individuals scored significantly higher on measures of anger and aggression.

According to the researchers, toxoplasmosis could affect people’s mood and aggression by altering brain chemistry or by infecting areas of the brain that control emotional regulation.

Based on the results of the study, the lead researcher Dr. Emil Coccaro, chair of psychiatry and behavioral neuroscience at the University of Chicago, suggests that it might be a good idea to check people with aggression problems for toxoplasmosis.

He adds that the uncontrolled aggression may not be a character problem, but the result of an underlying cause.

However, Coccaro admits that as the study was not a clinical trial, the results don’t establish a direct cause-and-effect link, and therefore not everyone who tests positive for toxoplasmosis will experience IED.

Dr. Greg Nelson, veterinarian and director of surgery and diagnostic imaging at Central Veterinary Associates in Valley Stream, N.Y urges people to clean their vegetables and cook their meat thoroughly to prevent foodborne infection. He also cautions pet owners about the danger of spreading the infection through pet feces.  Care should be taken to avoid contact with cat feces when cleaning a litter box.

The Centers of Disease Control and Prevention (CDC) recommends a combination of an antimalarial drug and antibiotics to treat toxoplasmosis infections.