It’s easy to say that there are definitely similarities between fibromyalgia and chronic fatigue syndrome, and some patients may even have both conditions together. But to avoid any confusion we will outline those key differences in symptoms, causes, and treatment in order to provide you with a better understanding of both.

Fibromyalgia affects a greater amount of people than CFS, with five million Americans living with fibromyalgia compared to only one million living with CFS. But the line between fibromyalgia and CFS is so thin that studies have shown many fibromyalgia patients – up to 50 percent – also meet the criteria for CFS.

Fibromyalgia researchers are often rheumatologists and arthritis experts, whereas those who study CFS are often immunologists and virus experts. Due to research differences, fibromyalgia is often believed to be a muscle disorder whereas CFS is believed to stem from an infection.

Another strong commonality is the age of occurrence. Both conditions typically occur in mid-life and affect women more than men.

There is still much research required in order to have a better understanding of both conditions.

Both CFS and fibromyalgia can vary greatly in severity, with some patients living fairly normal lives unfazed by their condition and others who can barely perform daily tasks. A rating system can help you compare your day-to-day symptoms and determine whether you are improving or worsening. Below is the rating system you can use to gauge either condition.

Roughly two to four percent of the U.S. population are affected by fibromyalgia. Estimates of U.S. prevalence were done based on the 1990 American College of Rheumatology (ACR) guidelines for the fibromyalgia diagnosis, which accounted for roughly 10 million cases of fibromyalgia. But it has since been argued that these estimates are too low and the guideline fails to capture many patients who could be living with fibromyalgia unknowingly.

Some estimates of the economic impact of fibromyalgia amount to over $10,000 per patient annually. On average, a fibromyalgia patient will miss up to 17 days of work.

CFS, on the other hand, affects 0.2 to 0.7 percent of the population. The estimated costs of CFS are $9 to $14 billion annually, and nearly one-quarter of these costs are paid out of pocket. Lost productivity costs are estimated between $9 and $37 billion, and CFS patients are less likely to get employed due to disability.

Distinguishing between fibromyalgia and CFS signs and symptoms 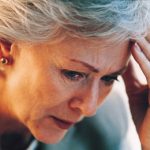 Even though there are so many similarities between the signs and symptoms of both fibromyalgia and CFS, there are distinguishing differences, too. For starters, pain is the primary symptoms in fibromyalgia and fatigue is the primary symptom in CFS. Fibromyalgia pain is widespread and chronic, and can be accompanied by fatigue. Fatigue in CFS is worse than just normal fatigue and can be so severe that is prevents a person from doing anything.

Also, in CFS flu-like symptoms may appear, and CFS patients show chronic immune system activation as if their bodies are fighting off an infection. Fibromyalgia diagnosis does not include checking for a low-grade fever and sore throat – unlike CFS, which does. Fibromyalgia can often be treated by targeting emotional or physical trauma. The pain can be improved through massage techniques, which is not the case in the CFS pain.

These key differences can help not only diagnose either condition quicker but can help better choose a more effective treatment method.


Difference between CFS and fibromyalgia causes

The exact cause of chronic fatigue syndrome is unknown, but it has been speculated that viruses, low blood pressure, a weakened immune system, and hormonal imbalances could contribute to CFS. Other theories suggest that some individuals may have a genetic disposition for the condition.

Although it has been suggested that a viral infection could result in CFS, no known infection has been highlighted as a possible cause. So far, Epstein-Barr virus (EBV), human herpes virus 6, Ross River virus (RRV), rubella, Coxiella burnetti, and mycoplasma have been studied as possible causes for CFS.

The CDC suggests that CFS may be the end stage of other diseases rather than being a separate disease on its own. For example, 10 to 12 percent of people with Epstein-Barr virus, Ross River virus, and Coxiella burnetti develop a condition that meets the criteria for a CFS diagnosis.

Also, patients with CFS often have weakened immune system, but whether this is a cause or part of CFS is unclear.

Risk factors for CFS include being a female, being 40 to 50 years of age, and having difficulty managing stress.

CFS vs. fibromyalgia diagnosis and treatment 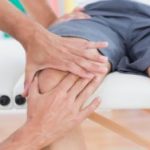 There isn’t a specific test for chronic fatigue syndrome, so at first your doctor will try to rule out other conditions that may have similar symptoms. These conditions may include ruling out a sleep problem by undergoing a sleep test, conducting lab tests to look at your blood, and possibly having your mental health evaluated by speaking with a counselor.

There isn’t a specific test for fibromyalgia either, but doctors may use a form of testing that checks 18 specific trigger points, which have been found to be in majority of fibromyalgia patients. Not all doctors use trigger point exams anymore, but rather they narrow in on a fibromyalgia diagnosis if a person has experienced widespread pain for at least three months. Your doctor may also refer you for some blood work to rule out other conditions.

Treating fibromyalgia can be difficult as its exact cause is unknown. Therefore, the goal of fibromyalgia treatment is symptom management. A doctor may prescribe analgesics, or painkillers, to address fibromyalgia. However, there is a risk of developing an addiction to these drugs, so doctors may recommend this option with caution. Nonsteroidal anti-inflammatory drugs (NSAIDs) can also be taken for pain management, but once again long-term use of these drugs can yield unwanted side effects. In some cases, antidepressants may be prescribed as well.

Treatments for CFS can include medications such as antidepressants and sleeping pills, and therapy like graded exercise where the therapist works with the patient, and psychological counseling to discuss your feelings and limitations living with CFS as the syndrome may trigger anxiety or depression.

Neither fibromyalgia nor CFS have a cure.

Fibromyalgia and migraine patients at higher risk of suicide, study