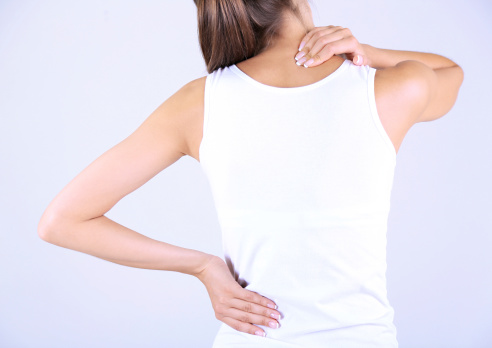 Fibromyalgia symptoms can vary greatly and overlap with many other health conditions, which can make it much more difficult to diagnose fibromyalgia – especially because the underlying mechanisms still aren’t fully understood.

Unfortunately, there isn’t a specific test for fibromyalgia, and that is why it’s so important to fully understand the symptoms in order to distinguish a fibromyalgia diagnosis from other ailments.

Fibromyalgia diagnosis also relies on tender points – these are areas of the body where additional pain is felt when pressure is applied. There are 18 tender points that are tested, and previous testing relied on 11 tender points to show positive in order to make a diagnosis of fibromyalgia. Unfortunately, this isn’t very reliable as tender points can come and go in fibromyalgia patients, so one day they may experience 11 and other days it may only be five.

Although tender points may still be used in the diagnosis of fibromyalgia, there is now more widespread testing, which is used to get a better diagnosis.

Although fibromyalgia is far more common in women than men, men can still experience fibromyalgia, and they may have differing symptoms compared to women. Primary symptoms of fibromyalgia in men are chronic pain and an increase in pain sensitivity.

In men, lower pain intensity, lower tendon-point count, lower depression rates, and longer duration of symptoms are generally reported, along with overall disability due to symptoms.

Symptoms can affect different areas of the body. Here is the complete extensive list of symptoms that can be experienced in fibromyalgia.

Muscle and tissue symptoms in fibromyalgia

In order to better determine if you have fibromyalgia or another condition, use the following checklist and indicate on a scale of one to 10 how severe each symptom is when it occurs.

Trapezius (2) – at the midpoint of the upper border (the neck, mid back, and upper back muscles between the shoulder blades)

Supraspinatus (2) – at origins, above the scapula spine near the medial border

Doctors may still use these tender points along with a physical exam and other testing to rule out other health conditions in order to properly diagnose fibromyalgia.

Although doctors are still unaware of the underlying cause of tender points, they do know that these areas are not random and occur in predictable areas on the body. This helps diagnosing fibromyalgia because all patients share the same tender points.

Acupuncture may help with fibromyalgia pain