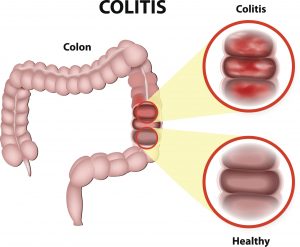 IBS is diagnosed on the presence of symptoms without physical abnormalities to the digestive system where in IBD there are physical changes like inflammation and ulcerations which can be found during a colonoscopy or endoscopy.

Previous research has found possible overlap of symptoms between IBS and IBD. The researchers found that a common medication to treat ulcerative colitis is effective in the treatment of symptoms related to IBS and a common antidepressant used in IBS may benefit patients with IBD in treating functional symptoms.

Both Crohn’s disease and ulcerative colitis are common IBDs which affect nearly 1.4 million Americas as of 2012. Both conditions lead to inflammation of the colon and rectum as well as inflammation anywhere from the mouth to the anus – essentially any part of the digestive system.

Researcher Brian E. Lacy, M.D said, “This inflammation can lead to symptoms of abdominal pain and diarrhea, symptoms which are typical of many IBS patients, for instance those IBS patients with diarrhea predominant symptoms or mixed diarrhea and constipation. One theory is that IBS develops subsequent to an inflammatory process or infectious process in the GI tract. Microscopic inflammation can then persist in the lining of the GI tract, or the adjacent lymph nodes. This inflammation may produce symptoms of pain and diarrhea similar to those experienced by patients with Crohn’s disease. Thus, it is quite likely that an overlap exists between IBS and IBD, both with respect to etiology and symptoms.”

IBS affects the functions of the bowel and symptoms include abdominal pain, bloating, constipation or diarrhea (IBS-D) and it is believed that changes in the nerves and muscles which control sensations and motility of the bowel may cause the condition. IBS affects nearly 10 to 15 percent of Americans and commonly affects women more than men.

Co-investigator, Jeffrey Aron, M.D., said, “In a post-hoc analysis of the data, those subjects who had greater inflammation as measured by a median C-reactive protein level greater than 2.2mg/L had a 65.4 percent improvement in pain and stool consistency at 12 weeks when compared to a 25 percent response to placebo. “IBS is a more mild expression of intolerance of the person’s immune system to the environment of the gut in that it disturbs function rather than destroying structure in certain anatomical and pathologic patterns as seen in ulcerative colitis and Crohn’s disease. Control of inflammation, to me, is the key to treating these disorders.” 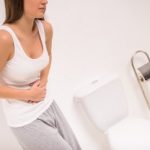 Diet and nutrition play a large role in the treatment of both IBD and IBS and many foods may lead to flare ups. Here are some tips to consider when altering your diet to better treat IBD or IBS.

Probiotics may be beneficial as well in the treatment of IBD and IBS as they provide the gut with good bacteria which may be lacking in both disorders.

Lastly, reducing stress and seeking help for depression and anxiety, too, can benefit and improve IBS and IBD as stress and mental disorders can worsen both conditions. Tips to reduce stress and improve mental health include:

Differences between IBD and IBS 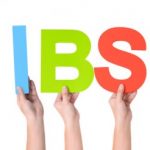 Although IBD and IBS share many symptoms they do have many differences as well which distinguishes one condition from another. Below are the main differences between IBS and IBD.

Recognizing the differences between IBS and IBD are important as it will lead to better treatment options for the patient. Although some medications may benefit both conditions many do not so receiving a proper diagnosis can get you the treatment you best need in order to live a normal life.