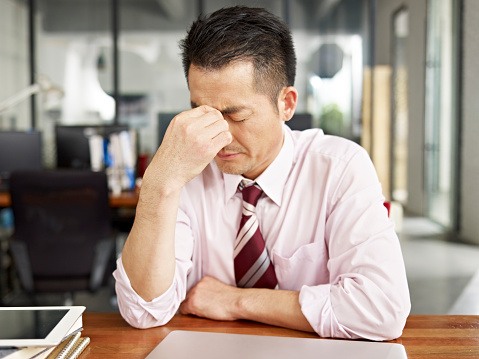 Lead author Ann Vincent said, “Health care providers may not think of this diagnosis when face to face with a male patient with musculoskeletal pain and fatigue. These findings need to be explored further.”

The researchers identified over 3,000 patients, whose medical records looked as if they may have fibromyalgia. The researchers also randomly surveyed adults using the American College of Rheumatology’s fibromyalgia research survey criteria, which cover the main characteristics of fibromyalgia. There were 830 survey respondents, and 44 of them met the criteria for fibromyalgia, even though only a dozen had been diagnosed.

Based on the research, the investigators estimated that 6.4 percent of people over 21 have fibromyalgia – which exceeds the number of patients who have been actually diagnosed with the condition.

Moreover, the researchers found that this discrepancy was the largest in men, with a smaller number of male patients being diagnosed with fibromyalgia, compared to the number of men who actually had it. Coauthor Daniel Clauw said, “It is important to diagnose fibromyalgia because we have effective treatments for the disorder.” Dr. Clauw suggests proper diagnosis of fibromyalgia is important as it helps reduce health care costs.


Symptoms of fibromyalgia in men

Overall, symptoms of fibromyalgia include chronic pain and an increased pain sensitivity. Although the research is limited, some studies suggest there are differences between men and women when it comes to fibromyalgia symptoms.

In men, lower pain intensity, lower tendon-point count, lower depression rates, and longer duration of symptoms are generally reported, along with overall disability due to symptoms.

Difference between fibromyalgia in men and women 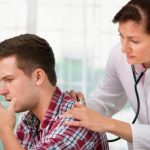 In one study specifically, researchers found that men have fewer serotonin receptors, compared to women. On the other hand, the process of reuptake – essentially, recycling of neurotransmitters – is far more efficient in men than women.

Additionally, psychological and social factors may play a role in fibromyalgia differences in men and women. Societal ideals about what it means to be masculine may prevent men from discussing symptoms such as pain, as society puts pressure on men to be able to withstand pain and just deal with it.

Furthermore, people with fibromyalgia may believe they are “crazy,” as they are experiencing these painful sensations with no real cause, and thus they may believe it is all in their head. Fear of being stigmatized, then, may hold men back from speaking to others about how they feel and not mention their symptoms, leading to lower rates of diagnosis.

Fibromyalgia treatment and diagnosis in men

Societal expectations and lack of information may hold back men from speaking to their doctors about their fibromyalgia-related symptoms, and so diagnosis can be challenging. The first step then is to recognize that what you are experiencing isn’t normal, but treatment is possible as long as you open up about how you are feeling.

Although there is no cure for fibromyalgia, there are medications available in order to manage symptoms and make day-to-day life more tolerable. Healthy lifestyle changes can help to improve your fibromyalgia treatment, including regular exercise and eating well.

Losing weight and maintaining a healthy weight is also a good idea if you have fibromyalgia, as added weight increases pain. Being obese has been shown to be a risk factor for fibromyalgia, too.

Lastly, another good idea if you’re a man with fibromyalgia is to join a support group of other diagnosed men so you don’t feel as lonely and can have support from others who are in the same spot as you.

Fibromyalgia incidences are low in acute whiplash injury. Fibromyalgia is a chronic pain condition, which affects women more than men. Little is known about the exact cause of fibromyalgia, but there are many circulating theories behind the cause. Continue reading…

People who have fibromyalgia experience various symptoms, including pain, anxiety, depression, fatigue, mental fog, and morning stiffness. Another common complaint among sufferers is migraines. Research shows that almost all people with fibromyalgia will suffer a migraine at some point; some will experience headaches on a regular basis. Migraine headaches, along with the symptoms of fibromyalgia, can be very difficult to cope with. Continue reading…