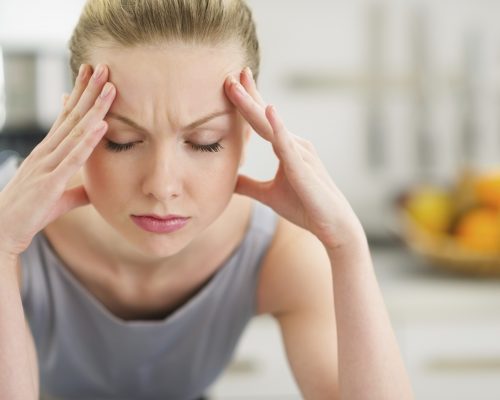 Fibromyalgia, a condition characterized by widespread chronic pain, has been associated with migraine headaches.

People who have fibromyalgia experience various symptoms, including pain, anxiety, depression, fatigue, mental fog, and morning stiffness. Another common complaint among sufferers is migraines. Research shows that almost all people with fibromyalgia will suffer a migraine at some point; some will experience headaches on a regular basis. Migraine headaches, along with the symptoms of fibromyalgia, can be very difficult to cope with.

This is how fibromyalgia and migraine syndrome have been explained by neurologists:

When inflammation results due to pain, the brain reacts with ionic activity. This can happen to anyone, but for people who have fibromyalgia, the pain is even worse. Migraines that occur in those with fibromyalgia are often much more intense than those without the condition. Also, some people complain that their original fibromyalgia symptoms get worse as the migraine intensifies.

Fibromyalgia and migraine headaches can be debilitating. There is no cure for fibromyalgia, and when it comes to migraines, all you can do is treat the pain once the headache strikes. Special medications and lifestyle changes, such as reducing stress, adjusting diet, exercising, and incorporating alternative therapies like acupuncture, can often relieve the pain associated with the headaches.

A number of studies have been conducted on the relationship between fibromyalgia and headache. As determined during a recent analysis of studies, previous research showed that tension headaches were the most common primary headache associated with fibromyalgia. Oftentimes, people confuse tension headaches with migraine headaches. In a recent study involving a large sample of primary headache patients, fibromyalgia prevailed in tension-type headache, followed by the migraine group. In another study, the results showed that in 100 patients with fibromyalgia (FM), 76 percent experienced recurring headaches that began before the onset of the FM symptoms.

In a similar analysis of 100 patients with FM, again 76 percent had chronic headaches, 48 percent were labeled as migraines, while 18 percent were deemed as tension. Some of the headaches were thought to be due to overuse of medications.

There have been some studies suggesting that migraine headaches associated with fibromyalgia are more common in women than men. A study conducted in Israel a few years ago showed a high rate of migraine among women who suffered from fibromyalgia, while none of the men evaluated in the study had experienced migraines.

Cluster headaches, which occur in a cyclical pattern and often wake a person up at night, have also been linked to fibromyalgia. Cluster headaches are classified as primary headaches.

To date, the analysis of primary headaches and fibromyalgia seems to suggest that migraine occurs more often in those who suffer from FM than in the general population.

Treatment of primary headaches in fibromyalgia 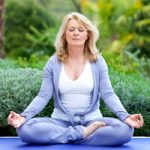 Treatment for primary headaches associated with fibromyalgia includes drug therapies, physical therapies, and psychological therapies. Antidepressants, such as amitriptyline, have had a positive impact on some people who suffer from FM and headaches. Amitriptyline studies seem to show that the drug causes an analgesic effect on chronic pain. However, research published in some medical journals calls the reliability of studies on this drug limited.

B-blockers are the most commonly used migraine drugs. They are about 50 percent effective in reducing the frequency of migraine attacks, but can come with side effects, including sleep disorders, depression, memory issues, and nightmares. Calcium channel blockers have also been used in the treatment of migraine headaches. They prevent calcium from entering blood vessel walls – they relax and widen the vessels.

Antiepileptic drugs, such as topiramate, are often used to prevent the frequency of migraine attacks. As well, Botox has been used in people who suffer chronic migraines.

Physical therapy that includes stretching exercises and acupuncture has proved effective for some people who suffer from fibromyalgia and headaches. Psychological therapy can also be effective, especially in cases where FM patients suffer from anxiety.


Prevent headaches and migraines in fibromyalgia

For those who suffer from fibromyalgia and migraine headaches, there is always a desperate feeling to avoid the next attack. Preventing another headache from happening should be the focus for many FM sufferers.  Practices such as acupuncture, hypnotherapy, yoga, and other forms of meditation can play a big role in preventing headaches. Some of these practices may also help with symptoms of the fibromyalgia.

Changes in eating and drinking habits can also help to prevent attacks. People who are prone to migraines may find that certain foods or drinks trigger a headache, so they simply have to avoid those triggers.

Living with one condition is tough. Trying to manage two can feel like an uphill battle. It’s important to know that if you suffer from fibromyalgia and migraine syndrome, you aren’t alone. Millions of people around the world know exactly how it feels. There are support groups and resources you can turn to in order to regain some control. If you are struggling with fibromyalgia and migraines, talk to your doctor to get started on that road to a better quality of life.