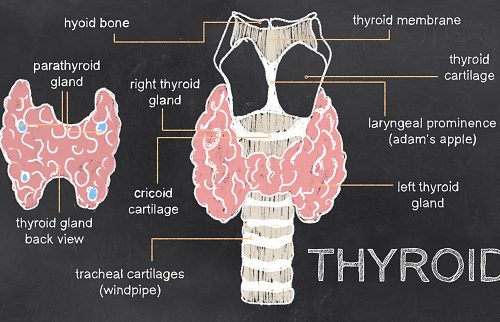 This week’s health news roundup has stories regarding fibromyalgia, Lyme disease, psoriasis, and obstructive sleep apnea. More specifically, we discuss fibromyalgia in hyperparathyroidism, Lyme disease inflammation and the nervous system, psoriasis risk in high blood pressure, obstructive sleep apnea and vitamin D deficiency, and kidney failure due to interstitial nephritis. So if you missed the hot topics of this week, here they are all together for your peruse.

The researchers uncovered their findings by examining 100 women with fibromyalgia and 57 women without the condition. They measured the levels of parathyroid hormone, calcium, and albumin, correlating them with symptoms in the fibromyalgia group. 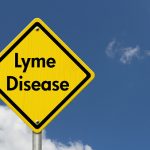 Lyme disease-induced inflammation causes nervous system changes, according to new research. Nearly 15 percent of Lyme disease patients develop peripheral and central nervous system involvement, which is accompanied by painful symptoms. Inflammation plays a role in these neurological changes, but the researchers found that the anti-inflammatory drug dexamethasone prevents many of these reactions.

Researcher Mario T. Philipp said, “These results suggest that inflammation has a causal role in the pathogenesis of acute Lyme neuroborreliosis.”

To explore the effects of the infection in Lyme disease, researchers infected 12 rhesus macaques with live B. burgdorferi. Two animals were left uninfected as controls. Of the animals infected, four were treated with dexamethasone, four with non-steroidal anti-inflammatory drug (NSAID) meloxicam, and four remained untreated. Half the group was studied for eight weeks and the other half for 14 weeks.

Significantly elevated levels of the inflammatory mediators – IL-6, IL-8, CCL2, and CXCL13 – were observed, along with pleocytosis (increased cell counts, primarily white blood cells) in the cerebrospinal fluid of all infected animals – except in those treated with dexamethasone. “Chemokines such as IL-8 and CCL2 are known to mediate the influx of immune cells in the central nervous system compartment during bacterial meningitis, and CXCL13 is the major determinant of B cell recruitment into the cerebrospinal fluid during neuroinflammation,” explained Dr. Philipp. Continue reading… 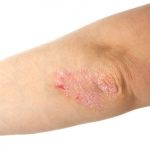 Psoriasis risk increases with high blood pressure and anti-hypertension drugs. Psoriasis is an immune-related disease affecting nearly three percent of the American population. The researchers found that in women, specifically, long-term hypertension along with the use of anti-hypertension drugs (especially beta-blockers) was associated with a higher risk of psoriasis.

The researchers analyzed psoriasis cases in 77,728 women participants in the Nurses’ Health Study from 1996 to 2008. There were 843 incidences of psoriasis.

The researchers noted, “These findings provide novel insights into the association among hypertension, antihypertensive medications, and psoriasis. However, further work is necessary to confirm our findings and clarify the biological mechanisms that underlie these associations.” Continue reading… 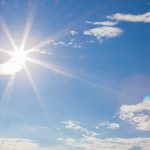 Some researchers believe that a vitamin D deficiency is associated with weight gain, which is a risk factor for obstructive sleep apnea. On the other hand, some theorize that sleep apnea is an inflammatory disorder and vitamin D deficiency predisposes or exacerbates the condition.
Vitamin D is not a form of treatment for sleep apnea, but vitamin D levels should be monitored in sleep apnea patients and supplementation is encouraged for overall good health. The National Institutes of Health (NIH) recommends 600 IU of vitamin D daily. Continue reading… 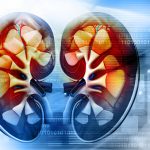 Researcher Nils Landegren explained, “Our study sheds light on a new pathogenesis of interstitial nephritis and kidney failure. Our findings suggest that mechanisms similar to those that cause diseases like type 1 diabetes and thyroiditis, in which the immune system targets a specialized type of cell, can also cause interstitial nephritis.”

The researchers focused on autoimmune polyendocrine type 1 (APS1) as some patients with APS1 go on to develop interstitial nephritis.

The researchers looked at patients with APS1 who developed interstitial nephritis at a young age and found that their immune systems attacked the kidneys. Antibodies reacted to cells in the collecting ducts of the kidneys as the target was a water-channel protein that is only expressed in the collecting duct. The researchers determined that an autoimmune disease was the cause of interstitial nephritis, but they are unaware of how common this cause is among the general population as opposed to among APS1 patients only. Continue reading…