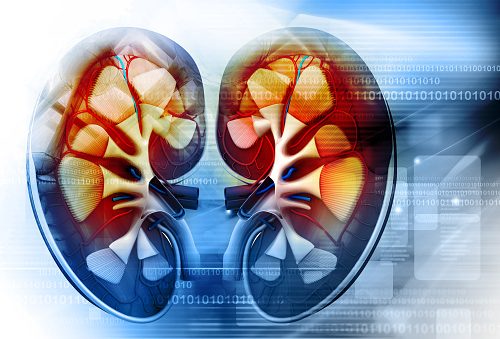 Researcher Nils Landegren explained, “Our study sheds light on a new pathogenesis of interstitial nephritis and kidney failure. Our findings suggest that mechanisms similar to those that cause diseases like type 1 diabetes and thyroiditis, in which the immune system targets a specialized type of cell, can also cause interstitial nephritis.”

The researchers focused on autoimmune polyendocrine type 1 (APS1) as some patients with APS1 go on to develop interstitial nephritis.

The researchers looked at patients with APS1 who developed interstitial nephritis at a young age and found that their immune systems attacked the kidneys. Antibodies reacted to cells in the collecting ducts of the kidneys as the target was a water-channel protein that is only expressed in the collecting duct. The researchers determined that an autoimmune disease was the cause of interstitial nephritis, but they are unaware of how common this cause is among the general population as opposed to among APS1 patients only.

Older adults are at highest risk of interstitial nephritis along with individuals who take medications over the long-term, those with autoimmune diseases, and those with sarcoidosis which is inflammation of the lungs.

Kidney stone risk may be reduced with a DASH diet plan

Kidney stone risk may be reduced with a DASH diet plan. The DASH diet is commonly recommended to individuals looking to lower their blood pressure through dietary intervention. The DASH stands for Dietary Approaches to Stop Hypertension. Well, a study now suggests that the DASH diet may be more effective than a low-oxalate diet for reducing the risk of kidney stones. Continue reading…

Kidney failure risk in diabetic patients rises with major depressive symptoms. Additional research is needed to determine if treating depression in diabetes can reduce the risk of kidney failure. Diabetes patients have a high prevalence of depressive symptoms, which is associated with the negative health effects of diabetes, such as cardiovascular disease. Continue reading…