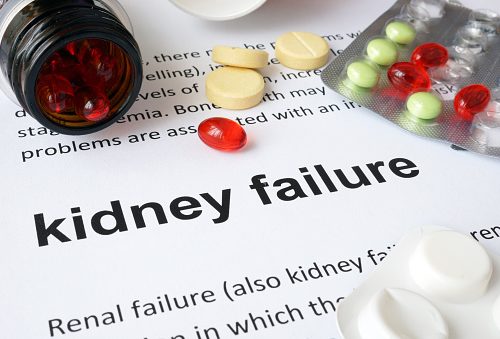 Kidney failure risk in diabetic patients rises with major depressive symptoms. Additional research is needed to determine if treating depression in diabetes can reduce the risk of kidney failure.

Diabetes patients have a high prevalence of depressive symptoms, which is associated with the negative health effects of diabetes, such as cardiovascular disease.

Additional research is required to determine the mechanisms involved in the association.

The kidneys act as a filter, and waste is then excreted into the urine to be released from the body. In diabetes, though, the kidneys can get damaged because excessive blood sugar makes the kidneys filter too much blood. This additional workload is too hard for the kidneys. Normally, proteins are stored in the kidneys and put back into the body, but over time the damage caused by diabetes causes kidneys to release the protein into urine.

If protein in urine is detected early, intervention treatments can save the kidneys. But if the condition is not caught early enough, then damage can be worse, causing the kidneys to lose their filtering abilities, which ultimately leads to kidney failure.

Nearly 30 percent of type 1 diabetics and 10 to 40 percent of type 2 diabetics will develop kidney failure. Some signs of kidney disease to look for in diabetes include protein in the urine, high blood pressure, ankle and leg swelling, frequent urination at night, high levels of blood urea nitrogen and creatinine in the blood, decreased need for insulin, morning sickness, nausea and vomiting, weakness, paleness and anemia, and itching.

To improve kidney function, it’s important to manage diabetes, control high blood pressure, get treatment for urinary tract infections, correct any problems in the urinary system, and avoid any medications that can contribute to kidney damage.