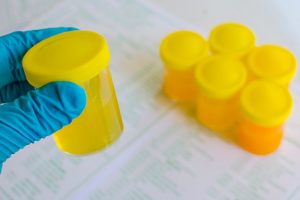 Proteinuria (protein in urine) treatment is possible with statins and home remedies to stop chronic kidney disease. Proteinuria is a condition in which urine contains a lot of protein that is normally found there only in very small amounts, as your kidneys are responsible for filtering urine and keeping the protein in the body. Therefore, when protein is found in high amounts in the urine, it can signal a kidney problem such as the kidney filters being damaged, leaking protein into urine.

If you have a confirmed proteinuria diagnosis, your doctor will send you to a kidney specialist who can determine the mode of treatment, which may include medication, changes in diet, and lifestyle changes, such as losing weight.

The researchers said, “Statins unquestionably reduce the risk of death in populations with, or at low risk of cardiovascular disease. Our study further indicated that statins had the same effect on non-end stage CKD.” Statins are commonly used to lower cholesterol, stabilize plaque, and reduce inflammation.

The researchers concluded, “These findings support the recommendations in the present guidelines for the use of statins in hyperlipidemic early stage CKD patients.”

There are numerous reasons for high levels of protein in the urine, including diabetes, hypertension, and obesity. Protein found in the urine can either be a symptom of an existing kidney condition or a warning sign of an impending kidney problem, so treatment early on can really help your kidneys out.

Here are some natural home remedies that can aid in treating proteinuria:

Proteinuria isn’t a disease. It’s a symptom or precursor of one. Treating proteinuria actually means treating its cause, whether that be controlling diabetes or hypertension, or treating any underlying kidney problems.

Some common medications prescribed for proteinuria are ACE inhibitors and ARBs.

As mentioned, it’s important to control health issues that could contribute to proteinuria, like high blood pressure and high glucose.