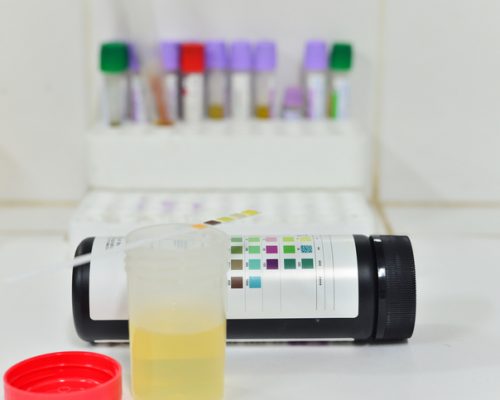 Proteinuria, the presence of excessive or high amounts of protein in urine, can be an early sign of kidney disease. Healthy kidneys do not allow a significant amount of protein to exit the body through urine. But kidney damage can impact the filtering system, letting too much protein leak into the urine as a result.

Kidney disease in general does not have many early warning signs. So if your urine test results have revealed protein in your urine, you may want to go for a follow-up to ensure proper kidney function.

For younger people, protein in the urine isn’t that uncommon. It often results from exercising or an illness. In either case, going for a follow-up is very important to make sure you don’t overlook any serious condition. 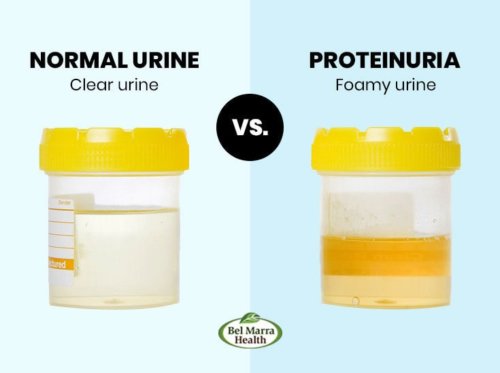 Common causes for excessive or high protein in the urine include:

The kidneys are responsible for filtering waste from blood. If protein is found in the urine, it reveals the breakdown of the kidneys’ filtration abilities. The most abundant protein in blood is albumin. It isn’t charged, unlike other proteins, causing it to pass through damaged filters in the kidneys. A urine sample will detect protein in the urine which could indicate to your doctor if there is a possible underlying kidney problem.

Studies have found that protein in urine can be an indicator of possible risk of heart disease or heart failure, but this link was only seen in Caucasians.

Lead researcher of the study Barry Freedman explained, “Proteinuria, a long accepted indicator of heart disease risk, has far less impact on blacks than it does on whites. In the medical community, it is believed that the more protein in a patient’s urine, the greater the risk for heart disease and stroke, and this is true — in white populations. Our study indicates that excess protein in the urine — a common finding with progressive kidney disease in individuals with diabetes — is strongly associated with calcium deposition in the major arteries in white patients, but not in black patients. Therefore, proteinuria appears to be associated with an increased risk of heart attack in the white ethnic group. There may be biologic factors predisposing whites to heart disease or protecting blacks from developing it.”

Glomerulonephritis is the name given to a range of conditions which affect the kidneys, more specifically the glomeruli. The glomeruli become damaged as a result of a problem with the body’s immune system. When the kidneys don’t work properly, salt and fluid can build up in the glomeruli, which result in complications like high blood pressure and chronic kidney disease.

Chronic kidney disease is the gradual loss of function of the kidney(s). The ability for your kidneys to properly filter waste from the blood becomes impaired and protein can be leaked through the urine. Furthermore, waste can linger in the body, which can be toxic.

One of the early signs of chronic kidney disease is protein in the urine. If your doctor notices this, they will be prompted to run further tests.

A common complication of diabetes is diabetic nephropathy, which can result in kidney disease. An early sign of diabetic nephropathy is protein in urine with four to 15 percent of patients showing albumin in their urine. It’s important to detect this symptom as early as possible as it can progress quickly into more serious kidney failure.

Lupus is an autoimmune disease and if it affects the kidney, it can result in complications such as protein in the urine. The most common type of lupus to affect the kidneys is known as systemic lupus erythematosus (SLE). Kidney symptoms related to lupus not only includes protein in urine but also blood in urine. You will know if there is protein in your urine because your urine will appear foamy.

Rheumatoid arthritis is an autoimmune disease that commonly impacts the joints but it may also lead to kidney damage, which can cause protein to be found in urine. In rheumatoid arthritis patients, the immune system is compromised and can not defend itself. It then wrongfully attacks the body’s healthy cells, including those in the kidneys.

In this situation, inflammation occurs in the kidneys, which ultimately leads to malfunctioning. Often times, treating rheumatoid arthritis by suppressing the immune system can help manage attacks on the kidneys and preserve function.

Malaria is contracted through infected mosquito bites commonly found in regions of Africa. Protein in the urine is seen in around 60 percent of cases of malaria. It can subside in patients who receive treatment and are recovering.

This condition is marked by an abnormal release of protein in the urine that occurs after sleeping. Once there is a change in posture — awakening after a night of sleep — this causes an excess of protein to be released in your first urination of the day, but then it subsides after that.

Many pregnant women experience some level of protein in urine but if your reading is greater than one gram, it’s a cause for concern. To confirm your initial reading, your doctor may recommend collecting urine for 24 to 48 hours.

Patients with multiple myeloma overproduce monoclonal Ig light chains which can damage the kidney when they try to pass through the glomeruli. A urine sample or kidney biopsy can confirm the diagnosis.

Other drugs that can trigger protein in urine include antidepressants, nonsteroidal anti-inflammatory drugs, acetaminophen, antihistamines, and antimicrobials. Some drugs can cause an inflammatory response of the glomerulus which can also contribute to proteinuria.

Other Causes of Protein in the Urine

Risk factors for proteinuria include having any of the above mentioned conditions, being over the age of 65, having a family history of kidney disease, being African American, Native American, Hispanic, or Pacific Islander, and taking certain medications.

Symptoms and complications of high protein in urine 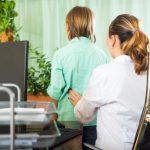 Proteinuria often does not present any symptoms, so it can go undetected unless you undergo a physical exam and get your urine sample checked. If protein excretion is high, urine will appear foamy. You may also experience other symptoms related to the underlying condition that is causing proteinuria.

Proteinuria complications depend on the underlying cause of the condition. Generally, protein in urine is associated with kidney disease, so kidney function may begin to decline over time. You may also experience high blood pressure and high cholesterol, which can further damaged the kidneys if not managed properly.


Tests to know if you have high protein in urine

Initial testing for protein in urine is through urinalysis. This is a simple test that won’t tell how much protein there is in the urine, but rather that there is a highly detectable amount. Once that’s detected, your doctor may have you collect a 24-hour urine sample for further analysis to measure how much protein is actually released throughout the day.

If protein readings are less than 3 mg/mmol, no further testing is required. If readings are between three and 30 mg/mmol, an annual check-up will be requested. Lastly, any reading over 30 mg/mmol suggests significant leakage of protein, and further testing will be conducted to evaluate your kidney health or check for any other possible cause of proteinuria. At this stage, treatment will also be prescribed.

If you have diabetes, high blood pressure, or high cholesterol, and proteinuria, it is highly important that you properly manage these conditions as they can contribute to worsened kidney health. Proper management can help slow down the progression of any impending kidney disease.