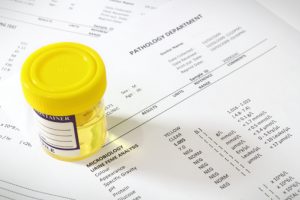 Author Kay Deckers explained, “Kidney dysfunction has been considered a possible risk factor for cognitive impairment or dementia. Chronic kidney disease and dementia share many risk factors, such as high blood pressure, diabetes, and high cholesterol, and both show similar effects on the brain, so they may have shared vascular factors or there may even be a direct effect on the brain from kidney problems.”

There were a total of 22 studies included in the review. The involved participants were analyzed for their levels of protein in urine. The researchers found a 35 percent higher risk of cognitive impairment and dementia among those with protein in their urine, compared to those without proteinuria. On the other hand, no association was found for another indicator of kidney function – estimated glomerular filtration rate.

Deckers concluded, “Protein in the urine was associated with a modestly increased risk of cognitive impairment or dementia. More research is needed to determine whether the kidney problems are a cause of the cognitive problems or if they are both caused by the same mechanisms.”

Lead author Adam Davey said, “The brain and kidney are both organs that are affected by the cardiovascular systems. They are both affected by things like blood pressure and hypertension, so it is natural to expect that changes in one organ are going to be linked with changes in another.”

“As we get older, our kidney function tends to decrease naturally, so if there’s an extra issue involved in renal function like chronic kidney disease, we need to know about it as soon as possible. That is something that needs to be managed, just like you would manage hypertension. Patients are still going to be able to take their medicine on time and without assistance, as well as understand the information that their physician is sharing with them about their disease,” Davey concluded.