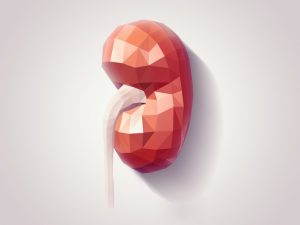 Acute kidney failure is the inability of the kidneys to filter waste from the blood. If the kidneys lose their filtering ability, the waste accumulates in the blood and its levels become dangerously high, disrupting the blood’s own chemical balance.

Acute kidney failure can develop rapidly. It is commonly seen in persons who are already hospitalized, specifically those who are critically ill or in intensive care.

Acute kidney failure can be a fatal condition, but it can be reversible, too.

A study has found that adding fruits and vegetables into your diet may help protect the kidneys in chronic kidney disease patients. A typical Western diet is mainly based on animal and grain foods – which are very acidic. In kidney disease, the kidneys are unable to remove the excess acid from the body, so it accumulates and builds up (metabolic acidosis).

Increasing the intake of fruits and vegetables has been found to reduce acidity and alkalize the body, this way helping to preserve kidney function.

The researchers looked at 71 patients with hypertensive stage four kidney disease who received fruits and vegetables or an oral alkaline medication for one year.

Here’s what the study uncovered:

Researcher Donald Wesson concluded, “We showed that by addition of alkali such as bicarbonate or alkali-inducing fruits and vegetables, patients had a favorable response by reduction of urinary kidney injury markers. Our study suggests that these interventions will help maintain kidney health in those with kidney disease.”

Other dietary changes include limiting animal proteins, limiting sodium, and limiting fluid as your body may retain fluid.

Foods to eat and avoid with kidney failure 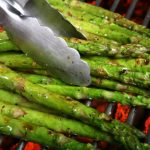 Foods you should eat with kidney failure include starches such as bread, cereal, rice, pasta, popcorn, and unsalted crackers, vegetables that are low or medium in potassium like bean sprouts, eggplant, lettuce, asparagus, celery, and mixed vegetables, fruits with low to medium potassium content like grapes, pears, peaches, mangoes, and blueberries, as well as dairy and small amounts of protein including beef, pork, poultry, and eggs.

Fats like butter, margarine, or oil should be limited to either one teaspoon or one tablespoon.

Your doctor will be able to fully specify which foods you can and cannot eat while treating kidney failure.

If you’re unsure of what to make with the foods you can eat, here is a simple recipe you can try which incorporates squash and pineapple.

What you will need:

Place the cut-up squash in a greased backing pan and put butter or margarine and brown sugar on each half of the squash. Bake the squash at 400F for about 30 minutes – or until tender. Scoop the squash out of the shell and mix the squash, pineapple, butter and nutmeg. Beat until smooth. Spoon the mixture back into the shell and cook again at 425F for another 15 minutes.

This recipe is low is sodium, fat, and phosphorus, which is important in a kidney failure diet. 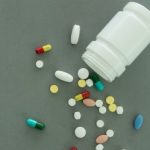 Here are some prevention tips to keep in mind: