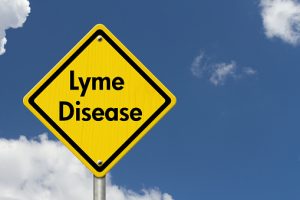 Lyme disease-induced inflammation causes nervous system changes, according to new research. Nearly 15 percent of Lyme disease patients develop peripheral and central nervous system involvement, which is accompanied by painful symptoms. Inflammation plays a role in these neurological changes, but the researchers found that the anti-inflammatory drug dexamethasone prevents many of these reactions.

Researcher Mario T. Philipp said, “These results suggest that inflammation has a causal role in the pathogenesis of acute Lyme neuroborreliosis.”

To explore the effects of the infection in Lyme disease, researchers infected 12 rhesus macaques with live B. burgdorferi. Two animals were left uninfected as controls. Of the animals infected, four were treated with dexamethasone, four with non-steroidal anti-inflammatory drug (NSAID) meloxicam, and four remained untreated. Half the group was studied for eight weeks and the other half for 14 weeks.

Significantly elevated levels of the inflammatory mediators – IL-6, IL-8, CCL2, and CXCL13 – were observed, along with pleocytosis (increased cell counts, primarily white blood cells) in the cerebrospinal fluid of all infected animals – except in those treated with dexamethasone. “Chemokines such as IL-8 and CCL2 are known to mediate the influx of immune cells in the central nervous system compartment during bacterial meningitis, and CXCL13 is the major determinant of B cell recruitment into the cerebrospinal fluid during neuroinflammation,” explained Dr. Philipp.

For those animals not treated with dexamethasone, the infection led to many histopathologic findings. Examination of the dorsal root ganglia detected inflammation with neurodegeneration, along with significant apoptosis of neuronal and satellite glial cells in all animals, except those treated with dexamathasone.

A new test has been discovered in order to detect Lyme disease early on. The new discovery can begin treatment much earlier before complications arise. The current diagnostic test is only effective after three to four weeks after infection.

Researcher Hannes Stockinger said, “Unfortunately, the current standard laboratory test is often unable to detect Lyme disease at an early stage of the infection. On top of that, the current test often interprets a mere antibody reaction as an infection and people are treated with antibiotics unnecessarily, because the infection is way in the past or is already completely resolved.”

“Not every tick bite necessarily results in an infection and not every positive Lyme disease test means that infection is present. That’s the tricky bit,” added Gerold Stanek, the pioneer researcher of Lyme disease.

The new test should be available by this fall and not only examined B cells but the T cells as well which are helpers in fighting off infection.

Lyme disease-causing ticks are spreading their range within the U.S. a new report states. These ticks can now be found in nearly half of all American counties which is a much larger range than previously found in the 1990s. Continue reading…

Why Lyme disease is so hard to diagnose

You may have been hearing more and more about Lyme disease as the summer presses on. The Centers for Disease Control and Prevention recently put out a report indicating cases of Lyme disease are on the rise in certain parts of the U.S. Continue reading…