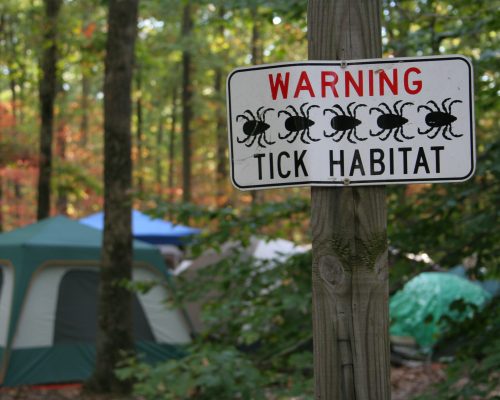 Lyme disease-causing ticks are spreading their range within the U.S. a new report states. These ticks can now be found in nearly half of all American counties which is a much larger range than previously found in the 1990s.

Study author Dr. Rebecca Eisen explained the findings revealed, “that the distribution of Lyme disease vectors has changed substantially over the last nearly two decades and highlights areas where risk for human exposure to ticks has changed during that time.”

Lyme disease is transmitted through the black-legged and western black-legged tick (deer tick) which can cause symptoms like fever, headache and fatigue. Recognizing the ticks locations can help doctors properly diagnose the condition as it can often be mistaken for the flu.
The data revealed that deer ticks are reported in more than 45 percent of U.S. counties compared to 38 percent back in 1998.

Expansion of the deer tick is mainly occurring in the northern U.S. and in the southern U.S. expansion has remained stable.

Eisen concluded, “The observed range expansion of the ticks highlights a need for continuing and enhancing vector surveillance efforts, particularly along the leading edges of range expansion.”

Also read: Lyme disease cases on the rise in the United States: CDC study
Early sign of Lyme disease could be “water on the knee”