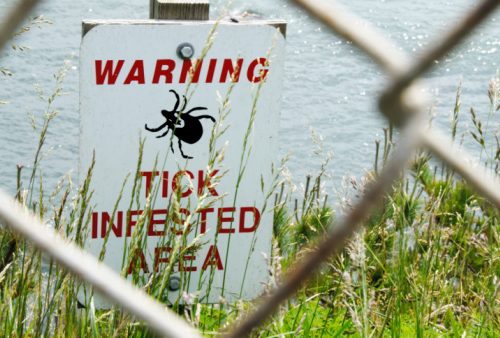 A condition known as “water on the knee” – spontaneous knee effusion – could be a primary sign of early Lyme disease. Early detection and diagnosis is crucial for Lyme disease as it can prevent complications and speed up recovery.

Lyme disease is transmitted through deer-tick bites and is commonly reported in the Northwest or upper Midwest regions of the U.S. Annually the Centers for Disease Control and Prevention reports 30,000 cases of Lyme disease but according to their estimate about 300,000 cases go unreported.

Lead study author, Elizabeth Matzkin, said, “It is important to catch and treat Lyme disease early because the symptoms get progressively worse over time. However, the lab tests used to diagnose Lyme disease can take time to process, and there are certain circumstances in which immediate antibiotic treatment may be recommended before the lab results are complete.” If symptoms have been present for less than two weeks, the Lyme test may need to be repeated as the test can remain negative the first two weeks of an infection.”

“Half [the] patients do not recall a tick bite or observe a rash, and early symptoms are not always detected when a physician diagnoses a knee effusion,” said Dr. Matzkin. “One of the most notable differentiating factors is, while septic or arthritic knees usually come with significant pain, knee effusions caused by Lyme disease are often very large, not activity-related, and mostly pain-free.”

Early symptoms of Lyme disease include fatigue, chills, fever, headache, muscle and joint aches, and swollen lymph nodes. Symptoms can occur within 30 days of infection but not all symptoms are always present. Another initial sign of Lyme disease is what’s called a “bull’s eye” rash – a characteristic rash with a central red spot surrounded by clear skin that is ringed by an expanding red rash.